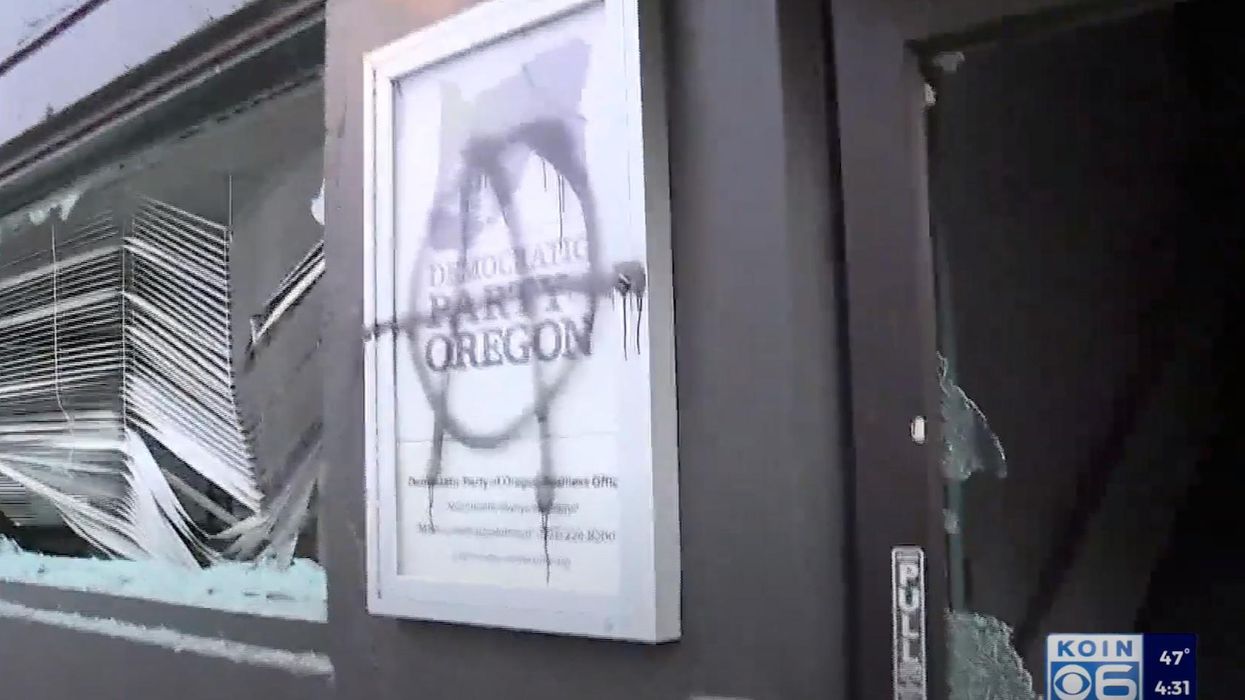 Antifa rioters attacked the headquarters of the Democratic Party in Portland, Oregon, and left anti-Joe Biden messages on the day of his inauguration in Washington, D.C.

About a hundred protesters dressed in black marched in a demonstration against police on Wednesday before vandalizing the Democratic office.

Inauguration Day in Portland. A group of about 100 people dressed in black march thru Southeast Portland https://t.co/cGhVhdTwGW

Some protesters were carrying Antifa flags.

KOIN-TV reported that the protesters attacked police after several officers tried to take weapons away from the crowd. The rioters threw objects at the police officers and they responded by deploying a smoke canister.

Other videos from the protest on social media showed the attack as it happened. Some rioters had a difficult time breaking the windows.

On the ground in Portland, Ore. for @townhallcom. A group of Antifa marchers just attacked the city’s Democratic Pa… https://t.co/IjWy3JzmHc

The rioting appeared to be planned well in advance, as demonstrated by flyers advertising the event days earlier.

Other videos from the protest documented that the Antifa demonstrators were anti-Biden and also anti-police.

Police said eight people were arrested and the charges ranged from criminal mischief to possession of a destructive device to riot and reckless burning.

To those gathered near the Democratic Party of Oregon Portland Headquarters: Members of this group
have been observ… https://t.co/QBXzWI8J8d

A statement from the Democratic Party of Oregon said officials would not be deterred by the recurring vandalism from left-wing mobs.

"This is not the first time our building has been vandalized during the past year," the statement read, "none of the prior incidents have deterred us from our important work to elect Democrats up and down the ballot, and this one will be no different."

Similar violence was documented from Antifa rioters in Portland after the election in November.

KOIN reported that many owners of businesses in downtown Portland were bracing for possible outbreaks of violence from left-wing rioters in the evening. Some businesses were boarded up and many employees were told to work from home.

Here's more about the rioting in Portland: