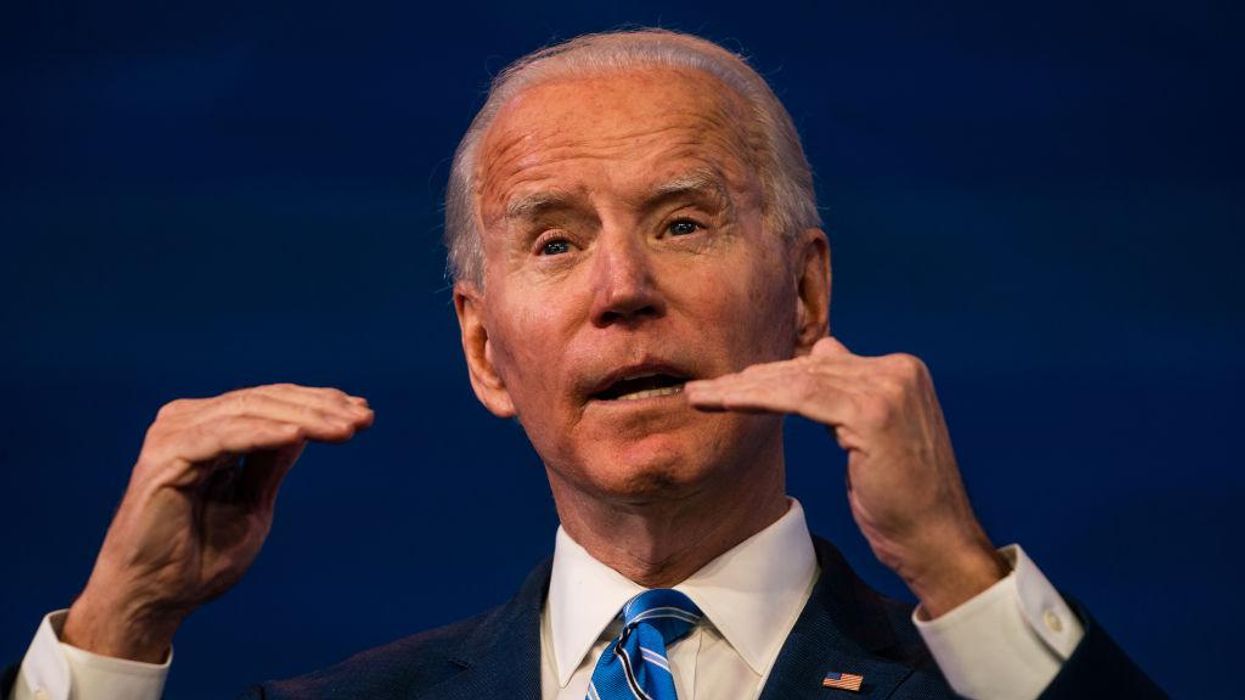 President-elect Joe Biden plans to issue a flurry of executive actions — 17 of them to be exact — in the first hours of his presidency in an attempt to undo much of what President Donald Trump accomplished over the last four years.

The 17 executive actions, 15 of which are executive orders, generally address what the transition team has billed as "four overlapping and compounding crises: the COVID-19 crisis, the resulting economic crisis, the climate crisis, and a racial equity crisis."

Senior officials in the incoming Biden administration reportedly characterized the blitz of unilateral action as an "undoing" or "reversing" of Trump-era policies they believe were "harmful" or "inhumane."

Included in the list of actions are the termination of border wall construction along the U.S.-Mexico border, rejoining the Paris climate agreement, and launching a "whole-of-government" racial equity initiative.

According to CNBC, the complete list of day one executive actions goes as follows:

The day one executive actions will kickstart what is set to be a busy first 10 days in office for the 46th president, according to incoming Biden chief of staff Ron Klain, who outlined Biden's policy plans in a memo sent to staff on Saturday.
"In his first 10 days in office, President-elect Biden will take decisive action to address these four crises, prevent other urgent and irreversible harms, and restore America's place in the world," Klain wrote in the memo.
Biden will reportedly introduce a "groundbreaking legislative package" tackling immigration reform and providing a pathway to citizenship to 11 million illegal immigrants.
According to USA Today, over the next week Biden will also issue executive actions to "advance equity and support communities of color and other underserved communities" as well as implement criminal justice reforms and health care reform particularly for low-income women and women of color.