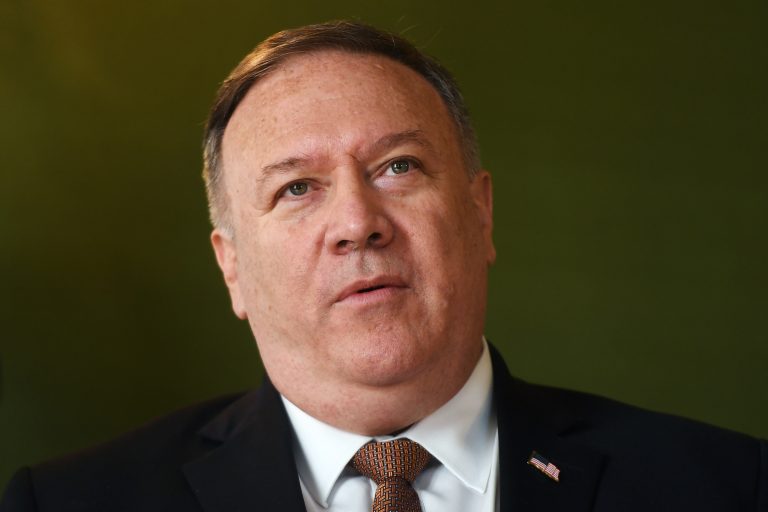 The Chinese government announced sanctions on former secretary of state Mike Pompeo, former national security adviser Robert O’Brien, and over 20 other figures from the Trump administration as they left office Wednesday.

The Chinese foreign ministry released a statement minutes after noon EST on Wednesday—the official end of the Trump presidency—citing policy actions taken by the outgoing administration as motivation for the sanctions.

"Over the past few years, some anti-China politicians in the United States, out of their selfish political interests and prejudice and hatred against China … have planned, promoted, and executed a series of crazy moves which have gravely interfered in China's internal affairs, undermined China's interests, offended the Chinese people, and seriously disrupted China-U.S. relations," the announcement reads.

The sanctions will forbid the individuals listed and their immediate families from entering China and will also bar businesses and entities associated with the individuals from doing business with China.

Several of the officials listed presided over a historic pivot within the Trump administration to stand up to China, which included the development of closer ties with Taiwan, the condemnation of China's genocide against Uighur Muslims, and assembling new coalitions to tackle the influence of Chinese technology.

President Joe Biden enters office facing the prospect of bipartisan backlash should he decide to upend the new hawkish consensus toward the Chinese Communist Party.