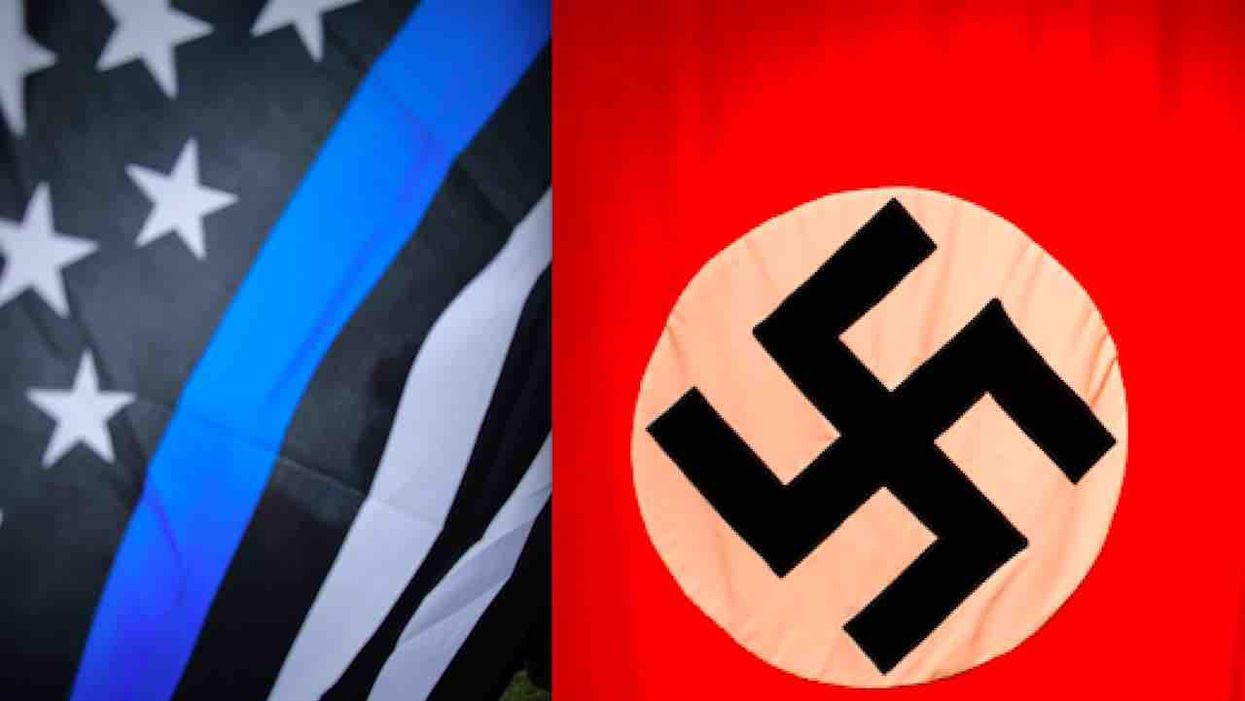 A city official in central Michigan is under fire over her Facebook post containing an image depicting the pro-police Thin Blue Line flag peeled back to reveal a Nazi flag — along with text that reads, "Reading beneath the lines..."

Amy Perschbacher, vice mayor of Mount Pleasant, said she removed the post after an outcry over it, adding that her intent was misunderstood and that it was all a big mistake, the Morning Sun reported.

"I was at no time disrespecting law enforcement or military," she told the paper by email. "I was referring to the attempt [sic] coup where individuals, carrying flags of blue line, confederate, and Nazi symbols, attacked our nation's capital and law enforcement, killing one officer."

Perschbacher told the Morning Sun that her actions were "careless."

"I have removed this post from my Facebook, and I do hope that you can forgive my careless posting," she noted, the paper said. "I allowed my emotions to get the better of me."

Perschbacher, a mental health specialist, noted to the Detroit News that she "didn't think this through very well. I should have put more context to what I was trying to say."

Further explaining her experience watching the Capitol rioters, she told the News that "it struck me that they were wrapping themselves up in a flag which reflects respect for police while they were attacking, even killing police. To me, they were using the [Blue Lives Matter] flag to cover up their hatred."

The Mount Pleasant City Commission on Monday said it doesn't back Perschbacher's post — yet seemed to defend her:

The City of Mt. Pleasant does not support the recent Facebook post from Amy Perschbacher, Vice Mayor, to her personal Facebook page. The post was an expression as a private citizen; not as a member of the Mt. Pleasant City Commission. Ms. Perschbacher believes the meaning of her post was interpreted differently than intended.

Others commenting on the image weren't so understanding: