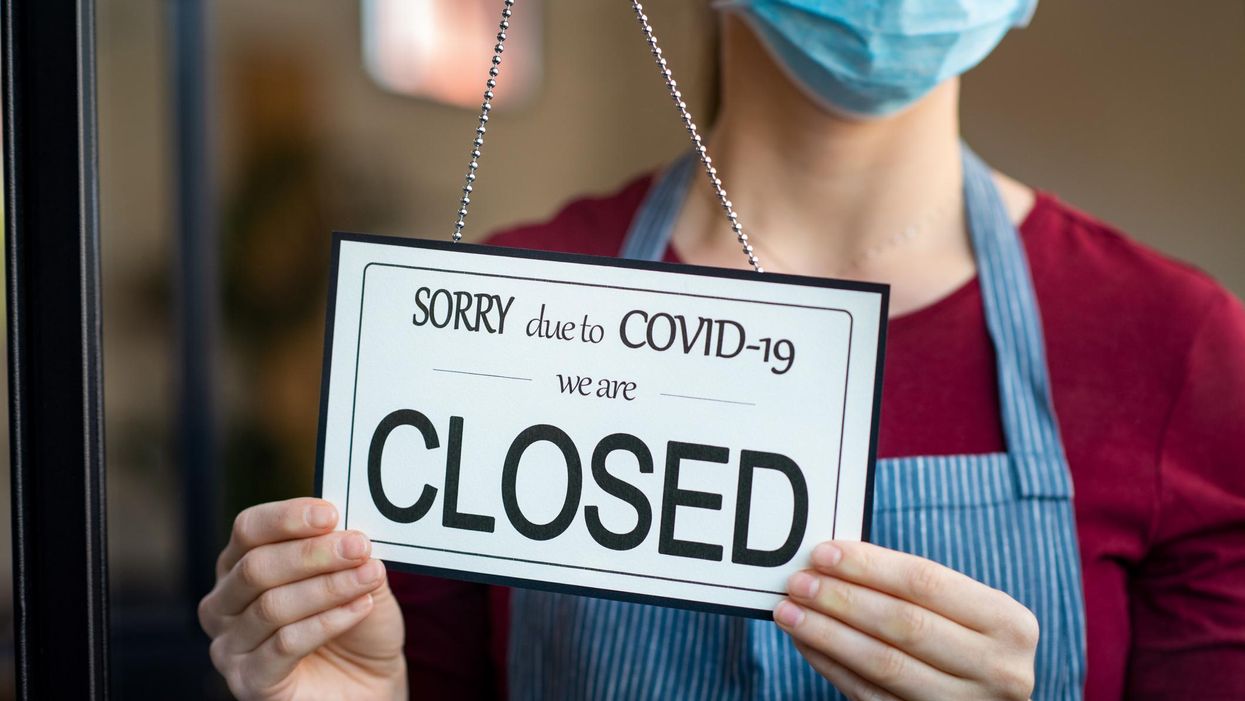 Every one of the more than 3,000 sheriffs in this country swears an oath to the federal Constitution in addition to the state constitution. One sheriff, Michael Wood of Lincoln County, New Mexico, appears to take that oath very seriously and is therefore willing to directly challenge the governor's unconstitutional COVID orders. In doing so, he has provided a blueprint for the constitutional sanctuary movement across the country.

American business owners have been receiving cease-and-desist orders across the country. Their crime? Trying to earn a living. Throughout the past nine months, Americans have been made out to be criminals by lawless tyrants in executive offices across cities and states. Some have even gone to jail. Now, Sheriff Michael Wood is turning the tables and putting the governor on notice for the criminal act of violating the most sacred provisions of the supreme law of the land.

Last Wednesday, Sheriff Wood posted a letter on the department's Facebook page ordering New Mexico Gov. Michele Lujan-Grisham to cease and desist from harassing businesses in Lincoln County. It's truly shocking how county governments that are in deep red territory have tolerated this fascism for months on end. Well, at just 13 days in office, Wood sent out a letter inquiring about the governor's orders.

"It has been brought to my attention that under your authority, government officials have been acting under color of law within the confines of Lincoln County, N.M., pursuant to a public health order," wrote the sheriff. "It has been reported to me that local businesses have been interrupted and business owners have been threatened with unreasonable fines and threats of imprisonment, without having committed any criminal offense."

He then ordered her to stop these activities until he is consulted and then requested a meeting with her.

Plain and simple. He didn't get into the specifics, the math, the science. Governors have no power to suspend democracy and shred the Bill of Rights. This should be the message of every sheriff, prosecutor, and county commissioner in the 83% of counties Trump carried and really in all the Republican state legislatures.

It's time to stop groveling, begging, complaining, or debating. The plain meaning of the Bill of Rights is not up for discussion. Half the states and the overwhelming majority of counties in this country, just based on the voting patterns, should easily serve as sanctuaries for business owners, schoolchildren, and for First Amendment rights now under assault by the federal government and certain governors.

Trump carried Lincoln County by a 36-point margin in November. There are hundreds of counties that are this red or redder, and sheriffs like Wood can serve as beacons of constitutional freedom during this dark time. James Madison, when explaining his theory on a large multi-layered republic in Federalist #10, predicted that having multiple layers of government would ensure that no single faction could spread tyranny everywhere and that inevitably some officials would push back and represent the persecuted minority.

"To refine and enlarge the public views, by passing them through the medium of a chosen body of citizens, whose wisdom may best discern the true interest of their country, and whose patriotism and love of justice will be least likely to sacrifice it to temporary or partial considerations," wrote Madison of the divided power structure in a large country.

The smaller the society, the fewer probably will be the distinct parties and interests composing it; the fewer the distinct parties and interests, the more frequently will a majority be found of the same party; and the smaller the number of individuals composing a majority, and the smaller the compass within which they are placed, the more easily will they concert and execute their plans of oppression. Extend the sphere, and you take in a greater variety of parties and interests; you make it less probable that a majority of the whole will have a common motive to invade the rights of other citizens; or if such a common motive exists, it will be more difficult for all who feel it to discover their own strength, and to act in unison with each other. Besides other impediments, it may be remarked that, where there is a consciousness of unjust or dishonorable purposes, communication is always checked by distrust in proportion to the number whose concurrence is necessary.

This literally speaks to the time we live in. As the left wants to use COVID and the claim of right-wing terrorism to suspend the entire Bill of Rights, all is not lost just because the left controls the federal government. If conservatives actually pressured and reformed the GOP or created an alternative, they should be able to thwart this tyranny through state legislatures, governors, county executives, sheriffs, local prosecutors, and school boards across a large swath of the land. If tyranny is able to take root in red counties and red states, we have nobody to blame but ourselves.