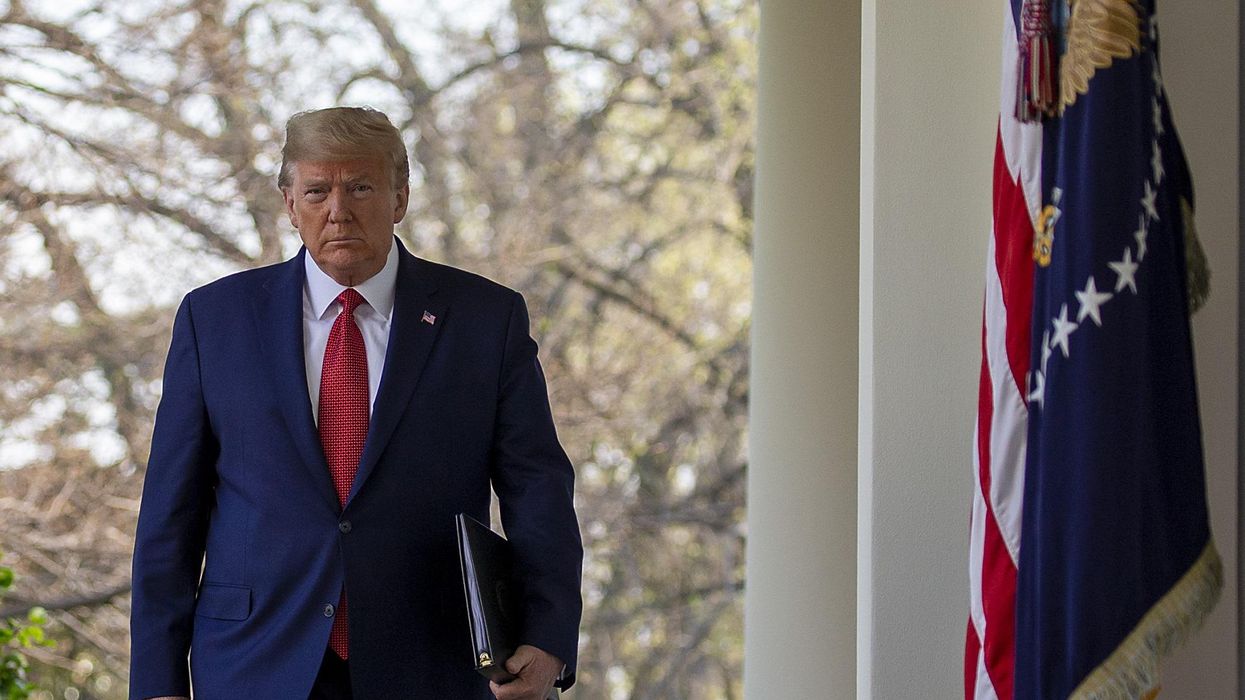 The National Archives and Records Administration went live with the official website for President Donald Trump's presidential library on Wednesday, the same day he left office.

But unlike his recent predecessors, there is a notable difference. The 45th commander in chief does not have a glowing biography, compared to Presidents George W. Bush and Barack Obama.

The biographies for Obama and Bush are roughly 18 paragraphs each in length, with gushing reviews of accomplishments and no mention of any scandals marring either administration.

Trump's biography, in contrast, comes in at a brief seven paragraphs, two of which are dedicated to his two impeachments. They read:

In 2019 President Trump was impeached by the U.S. House of Representatives for abuse of power by soliciting the interference of Ukraine in the 2020 U.S. presidential election and obstruction of Congress by directing defiance of certain subpoenas issued by the House of Representatives. A trial in the U.S. Senate found the President not guilty of the charges brought against him.

In 2021 President Trump was impeached by the U.S. House of Representatives for having incited an insurrection against the government of the United States.

It is unclear at this time who wrote the biography for Trump, but the author was likely not a supporter.

As Anthony Clark wrote for Politico Magazine in 2016, "presidential libraries are perfect examples of just how far presidents will go to control their own legacies," while noting that exhibits are typically "whitewashed" and created by presidential boosters.

In another break from protocol, the National Archives is also working to publish messages from the personal social media accounts of public officials, including Trump's, who was infamous for his Twitter messages and eventually banned by the platform.

During his presidency, Trump was a prolific tweeter at all times of the day. However, his tweets were largely from his personal account, @realdonaldtrump, which was permanently suspended by Twitter as a consequence of his role in the Capitol riots on Jan. 6. Although personal accounts have not been archived, the National Archives is working to make such accounts of administration officials, including the former president, "publicly available as soon as possible," according to the website.

According to the Washington Post, plans for Trump's brick and mortar presidential library are already on the mind of the president.

The outlet reported that a top campaign fundraiser for Trump "said the president has told supporters he wants to raise $2 billion for the library — a far greater sum than has been raised for past presidential libraries — and thinks he can collect it in small-dollar donations from his grass-roots supporters."