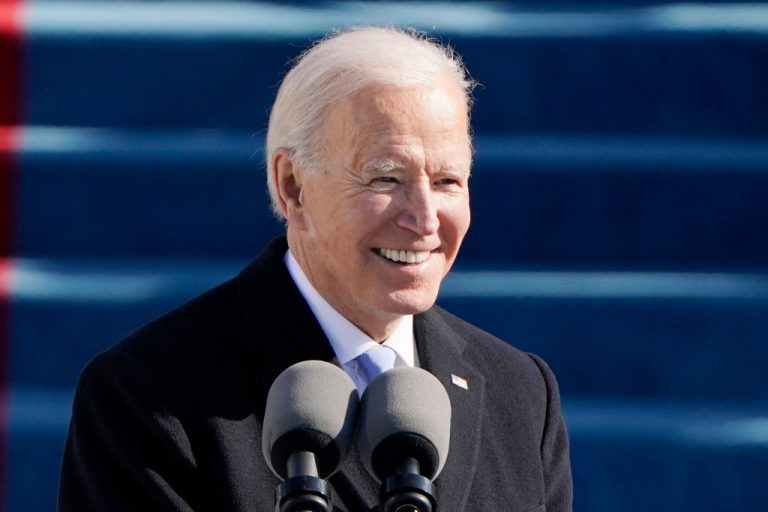 President Joe Biden's Inaugural Address on Wednesday can be summed up by a single word: "Unity."

With unity, Biden said, "we can do great things." Without it, "there is no peace." He promised, unconvincingly, to be "a president for all Americans" who would "fight as hard for those who didn't support me as for those who did."

Expectations for the speech were high, to say the least. Sen. Chris Coons (D., Del.) suggested it would be "the most important inaugural speech since [Abraham] Lincoln." And most liberal pundits agreed that Biden delivered the best speech of his career, if not one of the best inaugural addresses in American history. "He grabbed us by the heart," wrote former National Journal editor Ron Fournier.

The speech was fine, although it's not entirely clear how Biden's call for "unity" is compatible with his suggestion that now is a "time for boldness" because "there's so much to do." Though of all the Democrats who ran for president in 2020, Joe Biden was not exactly the boldest option.

In fact, Biden's address was the opposite of bold, which is exactly what millions of Americans wanted: a boring president. Above all, the barrage of platitudes implied, those Americans should feel free to tune out—even, or perhaps especially, the journalists. A Democrat is in charge now.

"Yay, back to a boring president I can ignore again" wrote New York Times columnist Farhad Manjoo in a now-deleted tweet. "Honestly not even listening to this speech. It’s a blissful bowl of boilerplate, I love it."

Many journalists used the occasion of Biden's inauguration to ogle the fashion choices of their favorite Democratic politicians. In a preview of how most networks will cover the Biden administration, CNN's talking heads enthusiastically discussed the outfits worn by Jill Biden, Kamala Harris, and Michelle Obama, while correspondent Kate Bennett unleashed a xenophobic tirade against Melania Trump for favoring "foreign designers."

This, apparently, is the sort of "normalcy" to which so many journalists have been desperately seeking a return. "Watching CNN and hearing [Kate Bennett] tell me that Joe Biden is wearing Ralph Lauren today is exactly the type of stunningly normal—and boring—details that seems to have my blood pressure dropping by the hour today," wrote CNN contributor Garrett Graff.

Predictably, Biden's call for "tolerance and humility" as he seeks to unify the country was largely ignored by members of the media, many of whom had just spent the entire morning airing their grievances at Donald Trump in the most bitter tone they could muster. CNN's stable of professional pundits were particularly aggrieved.

"He looks like a small man, and that is the way that he has handled his presidency," said Dana Bash.

Van Jones noted what "a moment of relief" this day must be for Muslim families now that our government is controlled by "a party that sees them as human beings."

Even the notoriously stoic Wolf Blitzer couldn't hide his contempt for Trump's "totally inappropriate" and "pretty repulsive" behavior, while mocking the "tiny" and "pathetic" crowd that saw him off at Joint Base Andrews.

When it came to Biden, however, the media's groveling praise—for the man who represents the "power" to which they are supposed to "speak truth"—was egregious.

CNN political director David Chalian described the lights surrounding the reflecting pool on the National Mall as "extensions of Joe Biden's arms embracing America." Jake Tapper applauded the Bidens for conducting themselves "with the grace and class we have come to expect from them." Van Jones praised "the resurrection, the renewal, the restoration of [the] White House as a citadel of democracy and civility and decency."

The last person to receive such a glowing reception, Barack Obama, attended the inauguration with his well-dressed wife and posted a tweet congratulating his former running mate. They hugged after the speech.

Of course, Biden wouldn't be president if he had taken Obama's advice. The former president reportedly warned Democrats during the 2020 primary not to "underestimate Joe's ability to fuck things up."