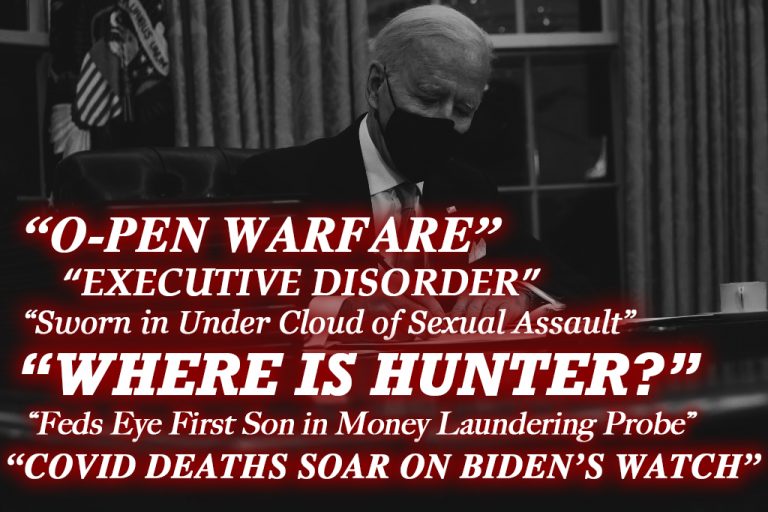 Editor's Note: Everyone knows the U.S. media are compelled to report on Joe Biden's celebrity-themed inauguration as one of the proudest moments in the history of American democracy. What this article presupposes is … maybe they shouldn't be?

WASHINGTON—Joe Biden became the oldest president in American history on Wednesday under a cloud of controversy. Questions continue to swirl about his physical and mental health, while personal scandals continue to haunt the incoming commander in chief, potentially undermining his ability to lead the country in the midst of a deadly pandemic.

Biden, 78, delivered a relatively short, reasonably coherent inaugural address in front of a sparse crowd of supporters and thousands of National Guard troops mobilized in an overzealous display of military force. Partisan media outlets hailed the speech as one of the greatest rhetorical achievements in the history of politics and described Biden's inauguration as "a majestic day" and "the dawn of a new era."

Biden, who at one point likened himself—without evidence—to Abraham Lincoln, declined to address the still-unresolved claim of sexual assault by former staffer Tara Reade and did not discuss the federal government's ongoing investigation of his son, Hunter Biden, who is suspected of laundering money and committing tax fraud related to his questionable business ventures in China and Ukraine.

After the speech, which included an emotional (if unconvincing) appeal for "unity," Biden proceeded to erase several years' worth of Trump administration policies with the stroke of a pen. The president signed a whopping 17 executive orders to amend federal policy without the consent of Congress, further straining the historic bounds of the Constitution.

The unprecedented display of executive authority was followed by Biden's norm-shattering decision to fire Peter Robb, general counsel at the National Labor Relations Board, in a blatant effort to appease Big Labor organizations that spent millions backing Democrats in 2020. Robb, whose four-year term was set to expire later this year, was terminated after he refused to resign voluntarily.

Meanwhile, Biden's pick to lead the Department of Labor came under fire for funneling cash to one of the president's top advisers. Months before he was announced as Biden's nominee for labor secretary, Boston mayor Marty Walsh began using campaign funds to pay SKDKnickerbocker, the consulting firm founded by senior White House adviser Anita Dunn, for "consulting" services. The firm has raked in a total of $90,000 from Walsh since September 2020.

Despite his nominal commitment to address the ongoing COVID-19 pandemic, Biden was photographed at the Lincoln Memorial flaunting his own executive order, signed hours earlier, mandating the use of masks on federal property. Other members of the Biden family were also seen disregarding the public-safety measure, as the U.S. set a record for most COVID-19 deaths in a single day (4,409).

The following day, the Biden administration cynically accused the Trump administration of failing to produce a vaccine-distribution plan. Even hardcore Democratic loyalists such as Politico editor Sam Stein were forced to admit the accusations were "not true."

While the Biden administration scrambled to confront the pandemic, which began in a communist country with ties to the president's son, the partisan press eagerly sought to change the subject by reporting on the problematic changes to the Oval Office interior. The new additions, which Biden reportedly approved, included portraits of Franklin D. Roosevelt, architect of the racist Japanese-internment policy, and Benjamin Franklin, a notorious brothel hound.