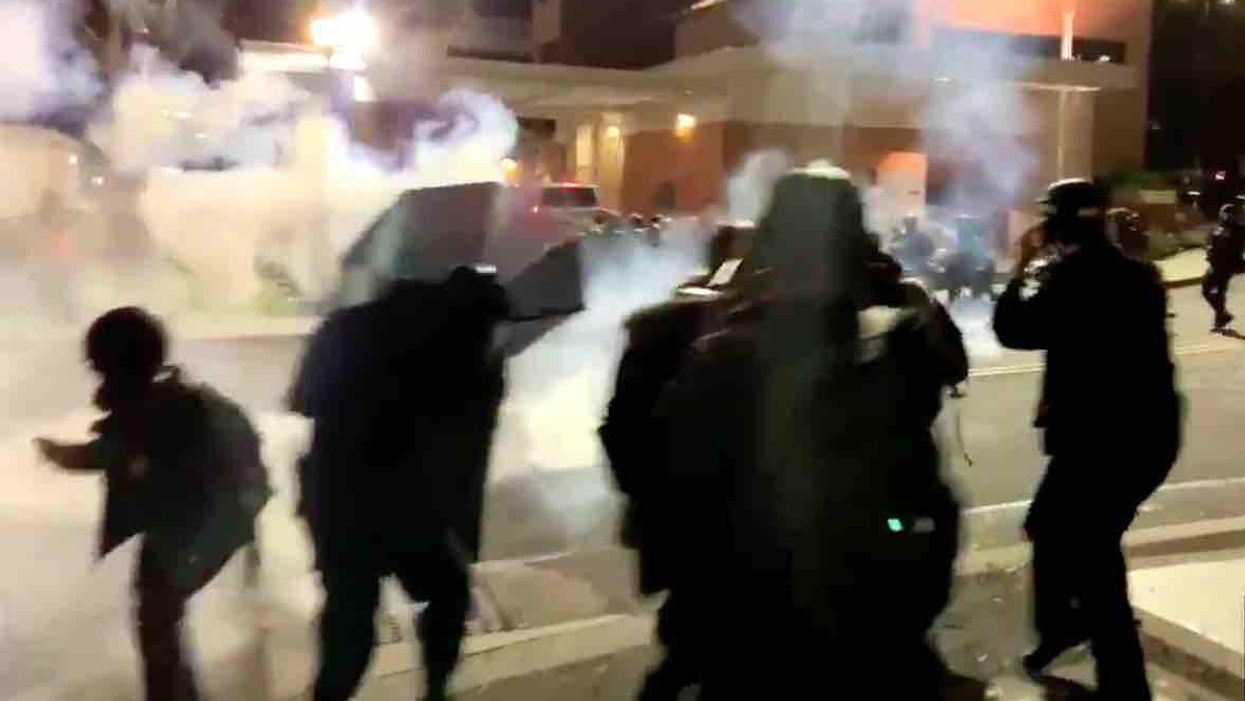 So there's finally some good news out of Portland, Oregon — and this brief dispatch may even put a smile on your face.

Well, our old friends Antifa — those figments of conservatives' imaginations given they're merely "
an idea" and a "myth" — were miraculously caught on video confronting federal police Wednesday night near the U.S. Immigrations and Customs Enforcement building in the south part of the city.

The station said the feds continuously pushed demonstrators away from the ICE building, and that protesters tried regrouping and relaunching their offensives.

In one scene caught on video, Antifa militants stalked their way toward federal officers who appeared to be backing up — after which the leftists rejoiced with glee.

"Hey!" one Antifa bro shouted, mocking the cops as if there were listening to the lawless leftists. "Good boy!"

Another militant shouted at the top of her lungs, "We have the right to assemble in a public f***ing street!"

But things are not what they appear to be

But just when it seemed as though Antifa would win the day, BOOM!

It appeared the federal officers pelted the leftists with flash bangs and tear gas — and the leftists didn't like it, no not one little bit.

"Bastards!" one hardcore radical hollered as he ran off into the night after appearing to get hit.

This pair appeared to be doing a little dance as they made their escape:

Not that it did much good.

They didn’t see that coming. https://t.co/UFNvfK7xu3

Six people were arrested, KGW reported, adding that the protesters — numbering between 100 and 200 — want ICE abolished.

More from the station:

As part of his first wave of actions as president, Joe Biden issued several executive orders Wednesday aimed at influencing the country's immigration policy and reversing course from his Republican predecessor. The orders included preserving the Deferred Action for Childhood Arrivals (DACA) program and instituting a 100-day moratorium, beginning Friday, on the deportation of certain noncitizens.