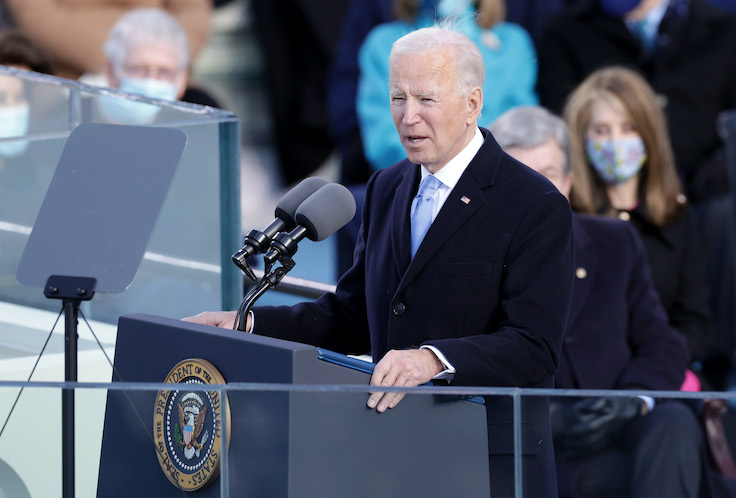 A leading Catholic bishop on Wednesday condemned President Biden's stances on abortion and religious liberty ahead of the new administration's expected series of executive actions.

"Our new president has pledged to pursue certain policies that would advance moral evils and threaten human life and dignity, most seriously in the areas of abortion, contraception, marriage, and gender," Archbishop José H. Gomez wrote in a statement on Inauguration Day. "Of deep concern is the liberty of the Church and the freedom of believers to live according to their consciences."

The letter called on Biden to reverse his pledges to push for "further expansions of abortion and contraception" through executive action. Gomez is the president of the United States Conference of Catholic Bishops and the archbishop of Los Angeles, making him one of the most prominent voices to criticize the Democratic president.

Biden touted his faith while campaigning and received media attention for making his Catholicism a centerpiece of his campaign. He attended mass regularly on the campaign trail, and in the final month before the election, his team unleashed a marketing blitz aimed at wooing Catholic voters. His Inaugural Address also invoked St. Augustine, a prominent Catholic figure.

Biden's policy stances, however, have resulted in criticism from Catholic groups. A priest at a South Carolina church denied Biden communion at a Mass in October 2019 because of Biden's support for abortion. Biden's nominee for the Department of Health and Human Services, Xavier Becerra, has a track record of targeting religious groups and limiting religious conscience objections to government health policies.