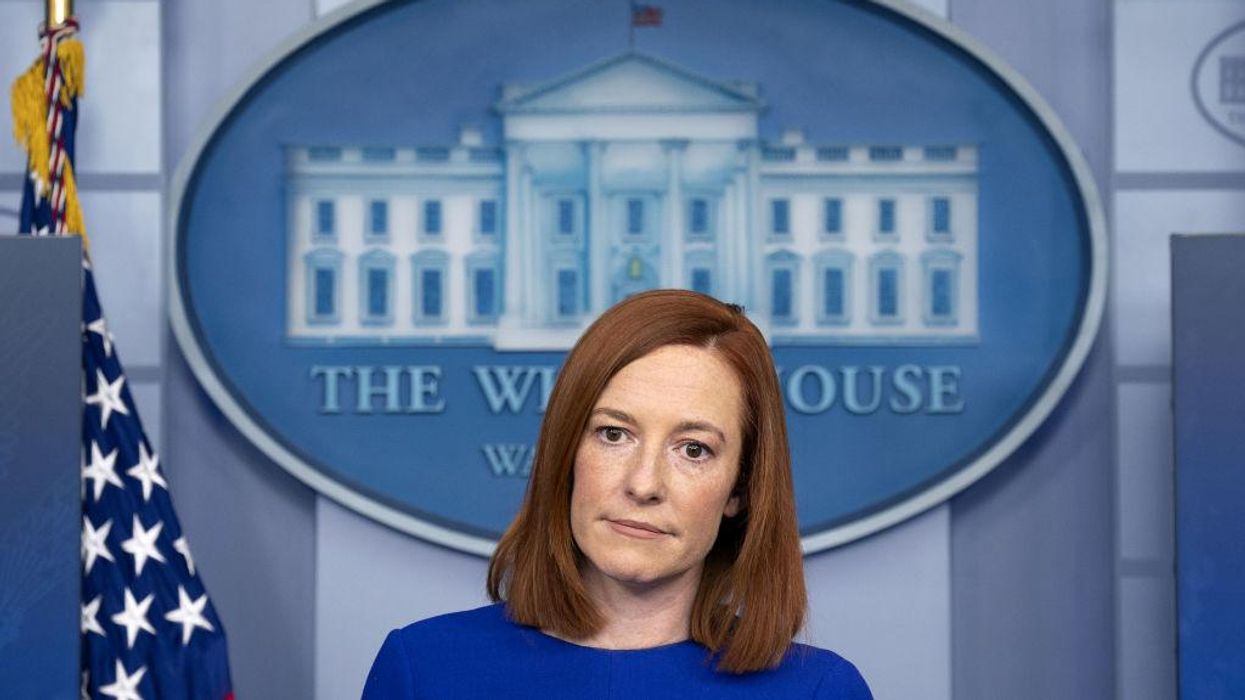 Owen Jensen, a correspondent for the Eternal Word Television Network, asked the press secretary about the Biden administration's plan on the Hyde Amendment and the Mexico City Policy.

"Well, I think we'll have more to say on the Mexico City policy in the coming days," Psaki told the EWTN correspondent on Wednesday, before shifting to highlighting Biden's faith.

"But I will just take the opportunity to remind all of you that he [Biden] is a devout Catholic, and somebody who attends church regularly," Psaki digressed. "He started his day attending church with his family this morning, but I don't have anything more for you on that."

The Mexico City Policy, which is referred to as the "Global Gag Rule" by pro-abortion groups, bans federal funding of foreign nongovernmental organizations that promote or perform abortions, such as the International Planned Parenthood Federation. The U.S. government policy was first announced by the Reagan administration in 1984 at the International Conference on Population in Mexico City, Mexico.

A 2019 report published in the Lancet claimed that the Mexico City policy increased the abortion rate in some countries by as much as 40%.

Since 1993, Democratic and Republican presidents have taken turns rescinding and reinstating the Mexico City policy. Most recently, former President Donald Trump brought the legislation back to life in January 2017. Trump expanded the Mexico City policy by adding "Protecting Life in Global Health Assistance," a "directive that no U.S. taxpayer money should support foreign organizations that perform or actively promote abortion as a method of family planning in other nations."

Dr. Anthony Fauci, Biden's chief medical adviser, said Thursday that the new administration will revoke the Mexico City policy. In a prepared statement to the World Health Organization's executive board, Fauci said the Biden administration is overturning the policy "as part of his broader commitment to protect women's health and advance gender equality at home and around the world."

For decades, Biden supported the Hyde Amendment before reversing his position during his Democratic primary campaign. The Hyde Amendment, which was enacted in 1976, blocks federal funds from being used to pay for abortions, except to save the life of a woman, or in pregnancies from incest or rape.

Harris grilled Biden for flip-flopping on his Hyde Amendment position, "On the Hyde Amendment, Vice President, where you made a decision for years to withhold resources to poor women to have access to reproductive health care, including women who were the victims of rape and incest, do you now say that you have evolved and you regret that?"

"Only since you've been running for president this time, said that you in some way would take that back or you didn't agree with that decision you made over many, many years, and this directly impacted so many women in our country," Harris told Biden.

During the debate in Detroit, Biden defended himself against his now-vice president.

"Once I wrote the legislation making sure that every single woman would in fact have an opportunity to have health care paid for by the federal government — everyone — that could no longer stand," Biden said of the Hyde Amendment. "I support a woman's right to choose. I support it as a constitutional right. I've supported it, I will continue to support it and I in fact will move as president to see to that the Congress legislates that that is the law."

The Hyde Amendment has punished low-income women and women of color for too long. #DemDebate https://t.co/KNrLeWAnJ3

The official Biden campaign website states, "Vice President Biden supports repealing the Hyde Amendment because health care is a right that should not be dependent on one's zip code or income. And, the public option will cover contraception and a woman's constitutional right under Roe v. Wade."