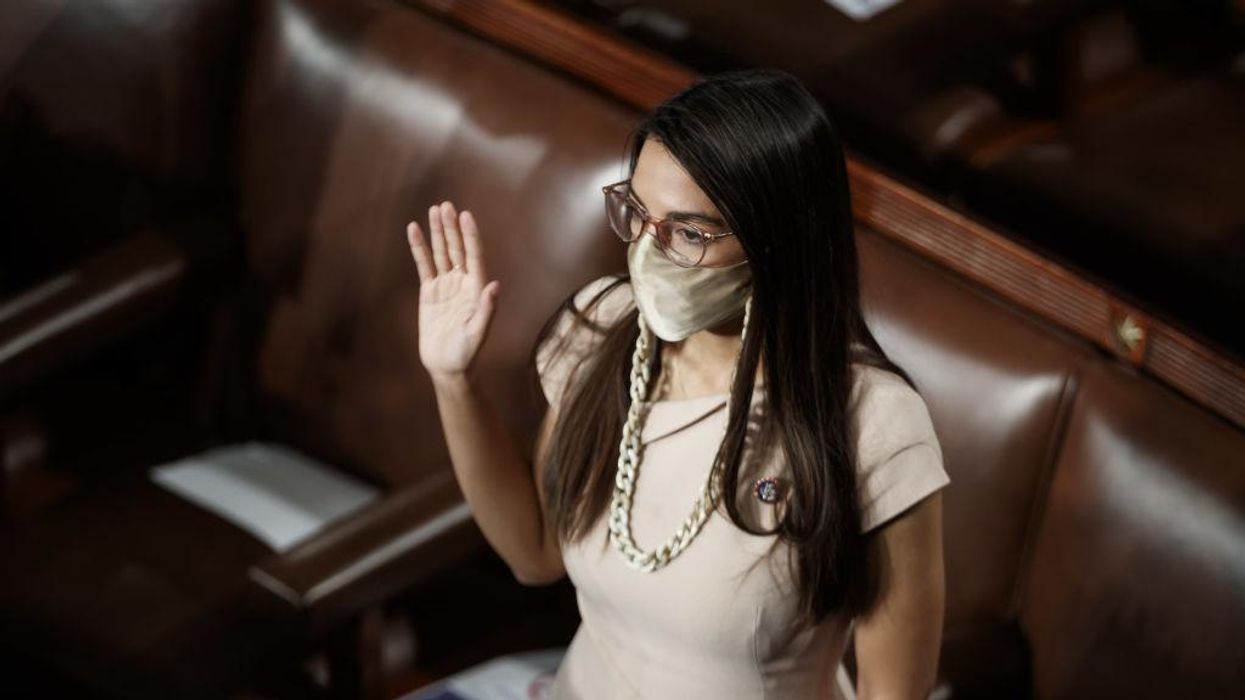 Rep. Alexandria Ocasio-Cortez (D-N.Y.) was noticeably missing from President Joe Biden's inauguration on Wednesday. The self-described democratic socialist claimed that security concerns were a factor in her skipping the inauguration, adding that she and fellow Democratic lawmakers don't feel safe around Republicans.

Ocasio-Cortez appeared on CNN's "Cuomo Prime Time," where she was asked about her absence at President Biden's inauguration.

"You knew that people would ask why you weren't there," CNN host Chris Cuomo said Thursday evening. "This was a good cause, from your perspective, of dealing with your constituency. But this was supposed to be a show of force, and unity, and you weren't there. Explain it."

"I think we also had very real security concerns as well, as you mentioned earlier. We still don't yet feel safe around other members of Congress," Ocasio-Cortez said, as reported by the Daily Wire.

When asked what she meant by "we," AOC replied, "I think a very considerable amount — a lot of members do not feel safe."

Cuomo butted in, "You really think that colleagues of yours in Congress, may do you dirty?"

"Yes, well, one just tried to bring a gun on the floor of the House today," Ocasio-Cortez replied. "I believe it was Rep. Andy Harris of Maryland. He tried to bring in a gun on to the House floor. For individuals who don't know, guns are not allowed in the District of Columbia. And certainly the House floor is, there are separate House rules that prohibit the bringing in of firearms. Now, these are rules that date back to the Civil War. And these are individuals that are trying to sneak firearms either illegally or in direct violation of House rules. Why does a member of Congress need to sneak a gun on to the House floor?"

Ocasio-Cortez was referring to a Huffington Post report that Rep. Andy Harris (R-Md.) attempted to enter the House chamber, but he allegedly had a firearm under his suit coat that set off a metal detector. After Capitol Police reportedly refused Harris entry, he then allegedly attempted to give the gun to Rep. John Katko (R-N.Y.), who supposedly rejected the gun and told Harris he didn't have "a license."

Rep. Lauren Boebert (R-Colo.) sparked a gun debate when she pushed for bringing her own firearm to work with her at the Capitol.

AOC shared a clip from her interview on Twitter, and specified that she is afraid of Republican Congress members.

"GOP lawmakers campaigned with images of them cocking guns next to photos of myself. Now they are trying to violate DC law and House rules to sneak guns onto the House floor two weeks after a white supremacist insurrection that killed 5 people," the Democrat claimed.

Ocasio-Cortez said she feared for her life during the storming of the U.S. Capitol building on Jan. 6. She alleges that she had a "very close encounter" where she thought she "was going to die" during the "traumatizing" incident.

"I did not know if I was going to make it to the end of that day alive, and not just in a general sense but also in a very, very specific sense," AOC said in an Instagram Live video.

She said that it is "not an exaggeration" to say that many members of the House were "nearly assassinated."

"We were very lucky that things happened within certain minutes that allowed members to escape the House floor unharmed," she added. "Many of us merely narrowly escaped death."

Meanwhile, Ocasio-Cortez has "demanded the resignations" of House Minority Leader Kevin McCarthy (R-Calif.), Sen. Ted Cruz (R-Texas), and Sen. Josh Hawley (R-Mo.). This week, AOC accused the Republicans of inciting the riots at the Capitol, and thus not worthy of being members of Congress.