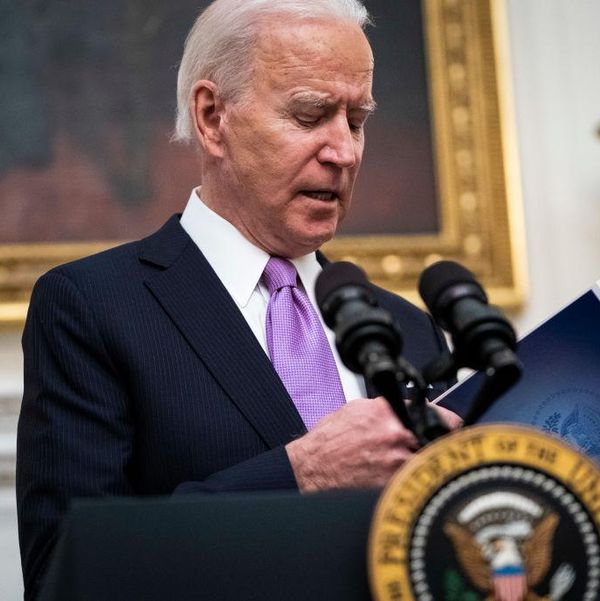 "It is the sense of the Congress that the mission statement of the Immigration and Naturalization Service should include a statement that it is the responsibility of the Service to detect, apprehend, and remove those aliens unlawfully present in the United States, particularly those aliens involved in drug trafficking or other criminal activity." ~Illegal Immigration Reform and Immigrant Responsibility Act of 1996, Pub. L. 104-208

Where is our amnesty to walk out freely without covering our faces and those of our children, or to open small businesses? Well, under the new Biden regime, the only amnesty will be for illegal alien gang members and drunk drivers.

In addition to suspending construction of the border wall (while constructing one to keep Americans off of Capitol Hill), Biden signed an illegal executive order suspending deportations for 100 days. Never mind that Biden voted for the aforementioned law he is now abrogating requiring all illegal aliens to be removed. Never mind that he voted for the 2006 Secure Fence Act, which required the secretary of homeland security to "take all actions" necessary within 18 months of passage to "achieve and maintain operational control over the entire international land and maritime borders of the United States." That is past history when the Constitution and our statutes used to govern our nation. Now we are a nation of ruling men, not laws.

Don't expect the courts to step in, either. The same courts that required Trump to continue his predecessor's policies over 70 times, often when Obama's orders themselves were unlawful, will place zero roadblocks in front of Biden as he nullifies immigration laws on the books, along with any other law he finds inconvenient to his socialist agenda. 225(b)(2)(A) of the INA, which requires ICE agents to place all illegal aliens into removal proceedings, is just an aspirational document.

The only question now is whether illegal aliens caught not wearing masks will be deported.

Well, under Biden's nullification order, the only people who will be deported are national security threats and aggravated felons currently serving time for crimes, such as murder or drug trafficking, after having been released from prison.

First, we know that the only national security threats the Biden regime perceives are from Trump supporters. So, nobody will be deported under that provision. As for criminals, they cleverly required them to have been convicted. What about if you are arrested for murder, child molestation, drunk driving, or any other crime? That is not good enough. As anyone who studies our criminal justice system understands, so many of these criminals never wind up being convicted. If you are an American, you go free. But if you are here illegally anyway, you should be removed. Foreign nationals who have no right to be here in the first place don't have a right to remain, whether they committed the crime or not.

It is mind-boggling and scary to contemplate how, at a time of record domestic crime, thousands of foreign criminals will be allowed to remain in the country indefinitely. The memo claims that anyone who came after November 1, 2020, will not be eligible for the amnesty, but anyone can just come tomorrow and if they are caught in some city, they will claim they were here before and ICE will have to let them go.

Concurrently, Biden issued an order requiring people to wear masks as they cross state lines through airplanes, trains, and buses. Think about that for a moment: A previously deported sex offender could cross our international border and get amnesty, but an American crossing a state border without a mask can get punished. Perhaps all these business owners losing their licenses for opening their restaurants should tell the judges they have illegal aliens working there so the authorities will leave them alone.

What's the solution, with Washington under control of the regime? As America becomes a sanctuary for foreign criminals, allegedly Republican governors have a moral responsibility to make their states sanctuaries for law-abiding Americans and to actually enforce the immigration laws on the books. It's time we make executive powers and the rule of law a two-way street again.