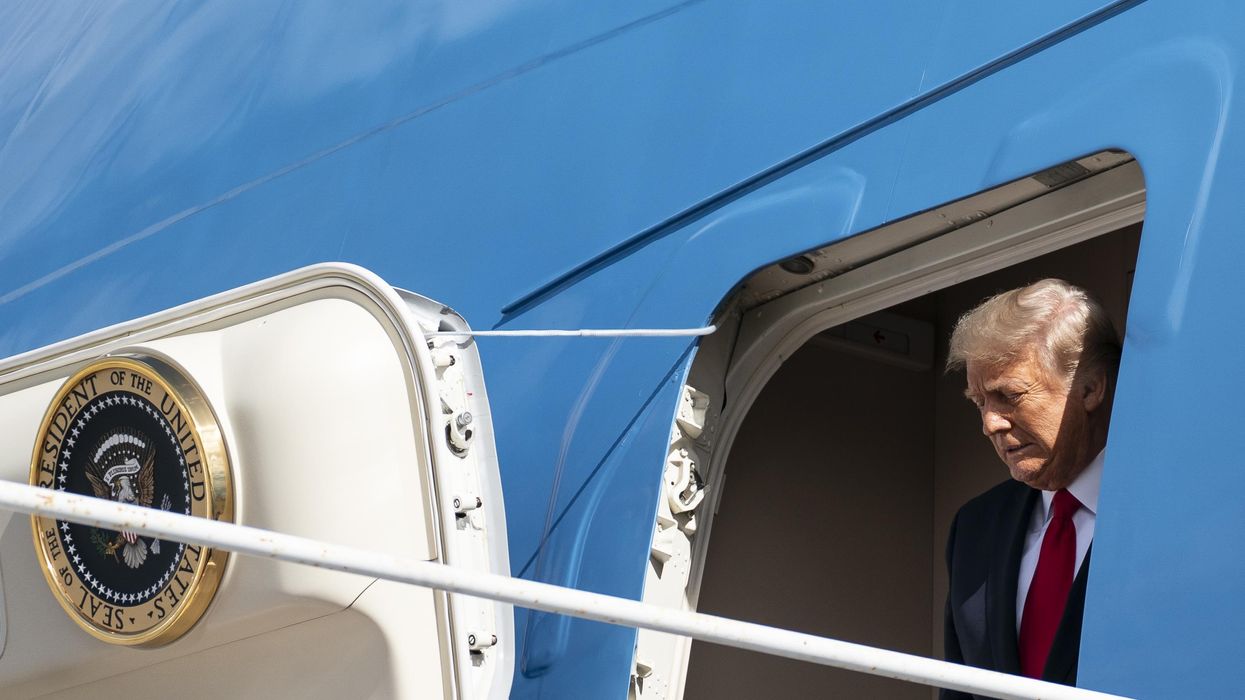 Iran's Supreme Leader Ali Khamenei on Thursday tweeted what appeared to be an ominous warning against former President Donald Trump.

The tweet remained up for several hours and garnered much criticism before Twitter — which banned Trump for reportedly inciting violence ahead of the Jan. 6 riot at the U.S. Capitol — suspended Khamenei's account.

Roughly translated, the tweet said, "Revenge is inevitable. Revenge must be taken on those who ordered the murder of General Soleimani as well as those who carried it."

The tweet accompanied a photo of a Trump likeness playing golf, with what appeared to be a graphic of a bomber aircraft's shadow appearing from afar, above his head.

According to Newsweek, the image was previously tweeted by Iranian media outlet Tasnim News Agency.

"Meanwhile, Khamenei has banned 83 million Iranians from Twitter, although he and his allies make full use of social platforms to spread their lies — without even a hint of warning labels," Alinejad continued. "The social media playing field remains starkly tilted in favor of the dictatorship."

Alinejad referred to an October Senate hearing in which Twitter CEO Jack Dorsey said that Khamenei's history of anti-Semitic tweets and calls to obliterate Israel "didn't violate the company's rules because they were only 'saber-rattling.'"

"This is shortsighted — and plain wrong," Alinejad continued.

"It is time to start restricting social media access for those authoritarian leaders and high-ranking officials who advocate violence against dissidents," she concluded. "It's time for Jack Dorsey, Mark Zuckerberg and the other tech titans to stop giving Khamenei the means to preach hatred. We must hold all dictators to account."

The BBC on Friday reported that Twitter only suspended the account after outcry over the apparent double standard.

The British news organization cited one social media user's complaints, which stated, "How come this atrocious psychopath can openly call for the assassination of a former U.S. president, and not be kicked out of Twitter?"

Another person added, "Trump's banned but this is perfectly OK. Is this a joke?"

On Friday, the Times of Israel reported that a spokesperson for Twitter said that the tweet violated the company's "abusive behavior policy" and violated its "manipulation and spam policy, specifically the creation of fake accounts."

"However, Khamenei's office runs several accounts and the others were still working, including his main account, which he regularly uses to call for the destruction of the Jewish state," the outlet added.