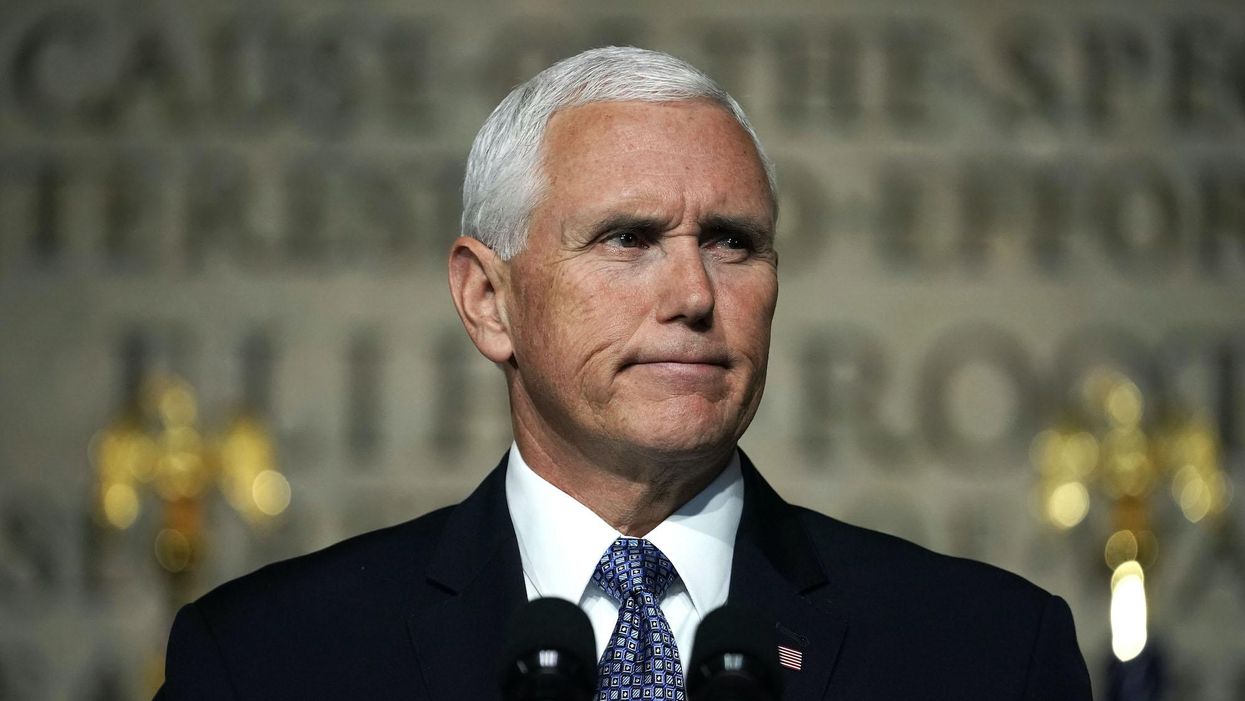 A left-leaning think tank fired their vice president after he tweeted a joke about lynching former Vice President Mike Pence in reference to the riots at the U.S. Capitol.

Will Wilkinson tweeted on Wednesday, "'Aha! Biden proposes policies I dislike. HIS CALL FOR UNITY IS A LIE!!!' is all the forlorn conservative mind can seem to muster. sad."

He then added in a second tweet, "If Biden really wanted unity, he'd lynch Mike Pence."

Wilkinson deleted the posts after he received a wave of backlash, and he apologized on Thursday.

"Last night I made an error of judgment and tweeted this. It was sharp sarcasm, but looked like a call for violence. That's always wrong, even as a joke. It was especially wrong at a moment when unity and peace are so critical. I'm deeply sorry and vow not to repeat the mistake," he tweeted.

Last night I made an error of judgment and tweeted this. It was sharp sarcasm, but looked like a call for violence.… https://t.co/y0qAtHxPHC

He went on to explain that he was merely trying to mock conservatives and their responses to the inauguration of President Joe Biden.

"This tweet followed another noting that many right-wing critics of Biden were accusing him of insincerity about his calls unity simply because they disagreed with his policy proposals, as if a Democrat taking standard Democratic positions were inherently divisive," Wilkinson said.

"My ill-advised tweet was meant as a tart way to drive home the exasperating bad faith of those whose own divisive rhetoric and repetition of lies about election fraud facilitated the mob attack on the Capitol, where pro-Trump rioters built a noose and called for Pence's head," he added.

In a statement from the Niskanen Center, the organization specifically cited the tweet as the reason for his dismissal.

"As an organization, the Niskanen Center appreciates and encourages interesting and provocative online discourse. However, we draw the line at statements that are, or can in any way be interpreted as condoning or promoting violence," the statement read in part.

"As such, the Niskanen Center has, with a heavy heart, parted ways with Will Wilkinson," they added.

Some noted the irony that Wilkinson was a frequent critic of those who documented the threat of "cancel culture" campaigns.