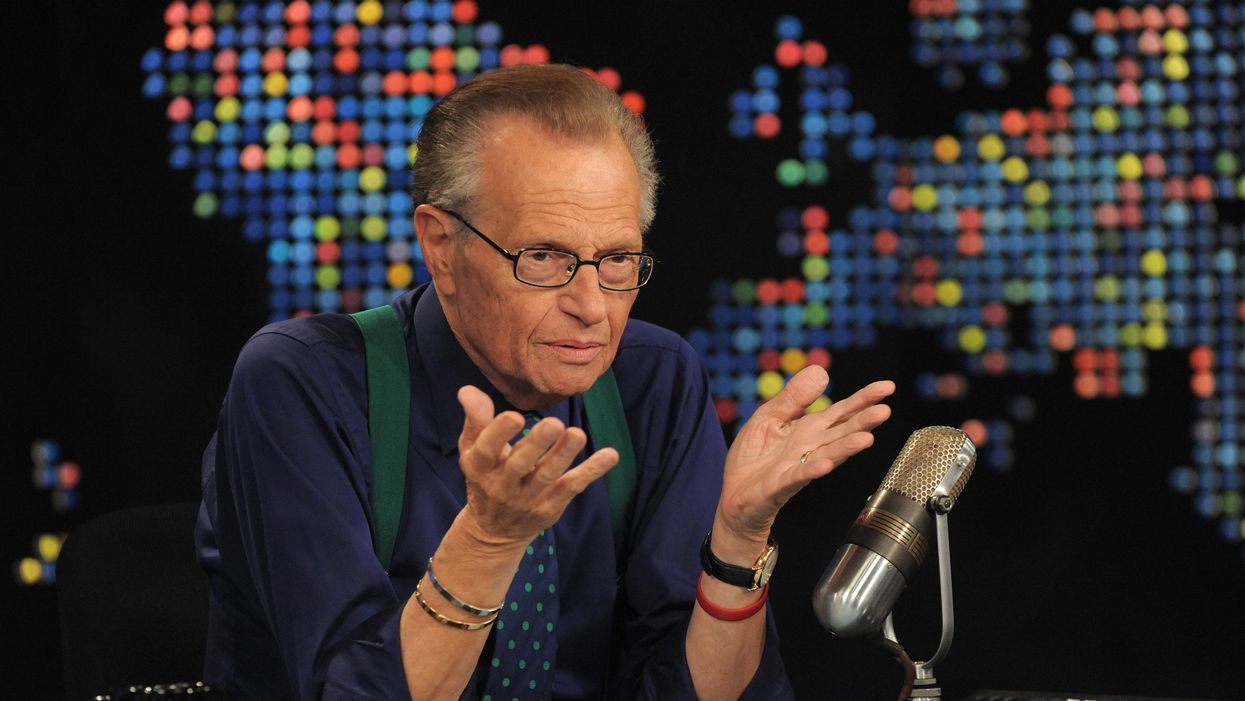 Larry King, legendary talk show host and broadcast pioneer, died on Saturday at the age of 87

King died Saturday morning at Cedars-Sinai Medical Center in Los Angeles, California. A death announcement was posted on his social media accounts, but no cause of death was specified. King had been hospitalized with COVID-19 earlier this month.

"With profound sadness, Ora Media announces the death of our co-founder, host, and friend Larry King, who passed away this morning at age 87 at Cedars-Sinai Medical Center in Los Angeles," King's official Twitter announced.

"For 63 years and across the platforms of radio, television and digital media, Larry's many thousands of interviews, awards, and global acclaim stand as a testament to his unique and lasting talent as a broadcaster," the statement read. "Additionally, while it was his name appearing in the shows' titles, Larry always viewed his interview subjects as the true stars of his programs, and himself as merely an unbiased conduit between the guest and audience. Whether he was interviewing a U.S. president, foreign leader, celebrity, scandal-ridden personage, or an everyman, Larry liked to ask short, direct, and uncomplicated questions. He believed concise questions usually provided the best answers, and he was not wrong in that belief."

Larry King was born Lawrence Zeiger on Nov. 19, 1933, in Brooklyn, New York. Before his very first broadcast at 9 a.m. on May 1, 1957, on WAHR, a 250-watt radio station out of Miami, Florida, King changed his name after the station manager told him his birth name would be "too ethnic."

Without taking even one journalism class or going to college because he was working to support his mother, King elevated to become a broadcast icon. King hosted the first national radio talk show in U.S. history, entertaining a weekly audience of as many as 5 million listeners.

The two-time Peabody Award-winner hosted "Larry King Live on CNN" from June 1, 1985, until Dec. 18, 2010, where his interviews were watched by more than 1.5 million viewers each night. King, with his trademark suspenders, earned the title of the "longest-running show with the same host in the same time slot" by the Guinness Book of Records.

"An interview is an interview. It's basically who, what, where, when and why. And while it is certainly kind of an exalted place to sit with the Prime Minister of Great Britain or the president of a country, it's still… 'why do you do what you do? How do you feel about what you do? What do you think about what's happening in the world?' It comes down to an interviewer is an interviewer," King told the Television Academy.

"I never sat down with a President of the United States or a world leader or head of a country and thought, 'whew, this is the head of a country — I have to be different!' I'm still every man," King said. "What would a guy in the street say to Chirac of France if you had a chance to talk to him?"

King was inducted into the National Radio Hall of Fame and the Broadcasters Hall of Fame.

King was married eight times. His last marriage was to Shawn Southwick King on Sept. 5, 1997. The couple had filed for divorce in 2010, but reconciled. They filed for divorce again in 2019, and they were in the process of divorcing when he died on Saturday.

He is survived by Shawn, their son's children Cannon and Chance, his stepdaughter Danny Southwick, and his son Larry Jr. from his former wife Annette Kaye. He is also survived by nine grandchildren and four great-grandchildren.