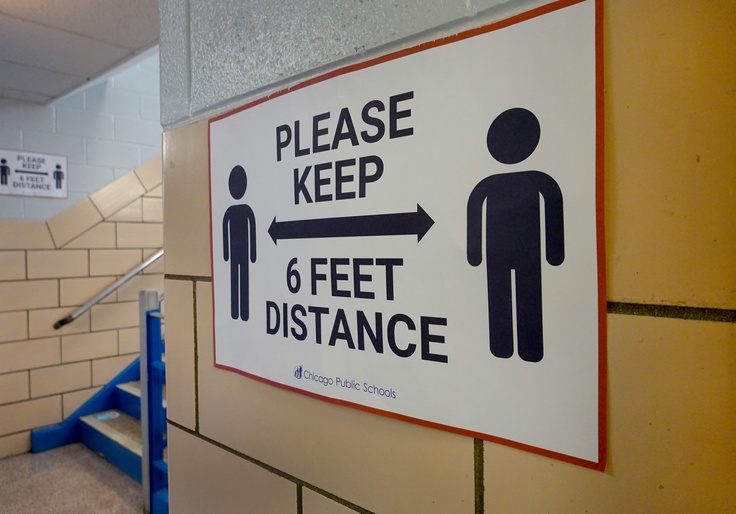 Seventy-one percent of participating teachers' union members voted to continue teaching remotely despite the school district's plan to return K-8 students to classroom learning beginning Feb. 1. Teachers and staff had been asked to return to in-person work on Monday. Following the vote, the district said it pushed back the return of teachers and staff to Wednesday.

The Chicago Teachers Union released a list of demands in December calling on the district to prioritize teachers for the coronavirus vaccine. According to union attorney Thad Goodchild, the union now wants teachers and staff to continue working from home until they are vaccinated, which won't be until mid-February at the earliest. Teachers are now eligible for the first dose of the vaccine under Illinois's vaccination distribution plan.

The union also demanded that the district allow staff with medically vulnerable family members to work remotely even after being vaccinated. Teachers will go back to school "when [the district] can demonstrate" that the demands have been met, the union said, adding that its list was not "exhaustive."

Negotiations for in-person learning have stalled between the union and Chicago mayor Lori Lightfoot (D.), despite more than 50 meetings. The union has shot down every school reopening plan to date. At one point, the union claimed that reopening schools was sexist, racist, and misogynistic despite evidence that school closures have exacerbated racial inequality.

Research has also found that in-school transmission of COVID-19 is extremely rare. An American Academy of Pediatrics study concluded "schools can stay open safely in communities with widespread community transmission."

The district and city have worked to quell the fears of union members by spending more than $100 million on masks, personal protective equipment, and other measures to return students and teachers to the classroom safely.

Neither the Chicago Teachers Union nor Chicago Public Schools responded to requests for comment.