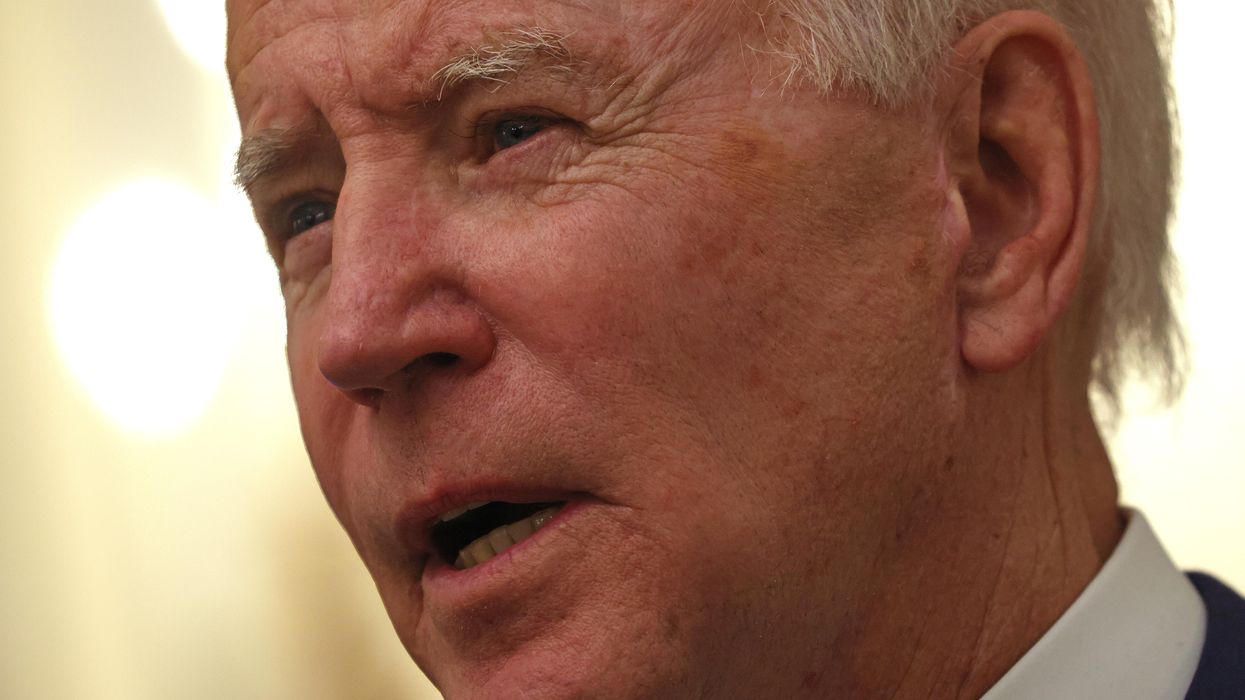 What are the details of the piece?

In the
article, the Times' Elizabeth Dias lauded Biden for his dedication to his Catholic faith, referring to him as the "most religiously observant commander-in-chief in half a century."

"There are myriad changes with the incoming Biden administration," Dias observes. "One of the most significant: a president who has spent a lifetime steeped in Christian rituals and practices."

"Mr. Biden," Dias continues, "perhaps the most religiously observant commander-in-chief in half a century, regularly attends Mass and speaks of how his Catholic faith grounds his life and his policies. And with Mr. Biden, a different, more liberal Christianity is ascendant: less focused on sexual politics and more on combating poverty, climate changes and racial inequality."

This, according to Dias, is a direct contrast to former President Donald Trump and his "conservative Christianity," which was embodied in "white evangelical laser-focused on ending abortion and guarding against what they say as encroachments on their freedoms."

No, Dias writes, the new leadership under Biden is a "repudiation of the claim by many conservative leaders that Democrats are inherently anti-Christian."

Citing his inauguration speech as evidence that the president is different, the Times pointed out that the message "was a subtle and explicit effort to show a different version of a way in which a Christian could imagine themselves as part of a diverse America, one that is defined by these common objects of love, rather than by hate and fear or exclusion."

Specifically highlighting Biden's apparent stance on abortion, Dias adds, "While conservative Catholics have doubled down on abortion policy and religious freedom for the past four years, Mr. Biden's policy priorities reflect those of Pope Francis, who has sought to turn the church's attention from sexual politics to issues like environmental protection, poverty, and migration."

Those "issues," according to Dias, are achievements such as recommitting America to the Paris climate agreement. Other examples include ending the "Muslim Ban" and ceasing work on Trump's promised U.S-Mexico border wall.

"For many believers, the shift in the Christianity of the presidency is already personal," Dias notes. "On the eve of his inauguration, Mr. Biden led the nation in a memorial service on the mall for victims of the coronavirus pandemic. He adopted the posture of a chaplain, noted Michelle Ami Reyes, the vice president of the Asian American Christian Collaborative, a group that started last year to combat anti-Asian racism rising from the pandemic."

"That is a deeply biblical posture, mourning with those who mourn," Reyes observed.

Los Angeles Archbishop Jose Gomez added, "Mr. Biden's piety and personal story, his moving witness to how faith has brought him solace in times of darkness and tragedy, his longstanding commitment to the Gospel's priority for the poor — all of this I find hopeful and inspiring."

As highlighted by
Fox News, a variety of pundits pointed out that former Presidents George W. Bush and Jimmy Carter were outspoken about their Christian faith.

Pastor and author Daniel Darling took to
Twitter to air out his grievances on the article and wrote, "George W. Bush said Jesus Christ was his favorite philosopher and credited Billy Graham with changing his life. Jimmy Carter taught Sunday school. Cmon."

Mary-Margaret Olohan of the Daily Caller News Foundation
added, "Lest we forget, the media roundly mocked Amy Coney Barrett's Catholicism. Her adherence to Catholic principle was used to suggest that she was unfit to be a Supreme Court justice. People suggested her large family was extreme and that she adopted her children for show."

Social media users made similar sentiments and said that Biden simply couldn't reconcile his Christianity with his apparent pro-choice stance.

One user
wrote, "The New York Times says Joe Biden is a good Catholic? Wow that's rich for the MSM when you have a obviously demented fraudulently elected president who supports the taking of innocent life before birth....can't be CATHOLIC and support ABORTION."

Another wrote, "@nytimes views Supreme Court Justice Amy Coney Barrett's catholic beliefs bad but Biden's good? Difference? One is Conservative and one is a Liberal. Further pushing their credibility down the toilet."

Another social media user took the outlet to task over its reporting.

"Honestly, this is an example of how chronocentric our society has become," the user explained. "Everything new is the best, the greatest, or the most. With postmodern thought has come the lack of ability to think reflectively about the past meaningfully."

Yet another user said that Biden is hardly the barometer for Christian living.

"The NYT is the newspaper equivalent of Sponge Bob; intake literally makes people dumber," the user wrote. "Biden may believe in Christ, but unless he's also elected Pope (a possibility I won't comment upon) he's not the arbiter of what is or isn't moral/Christian for Catholics."