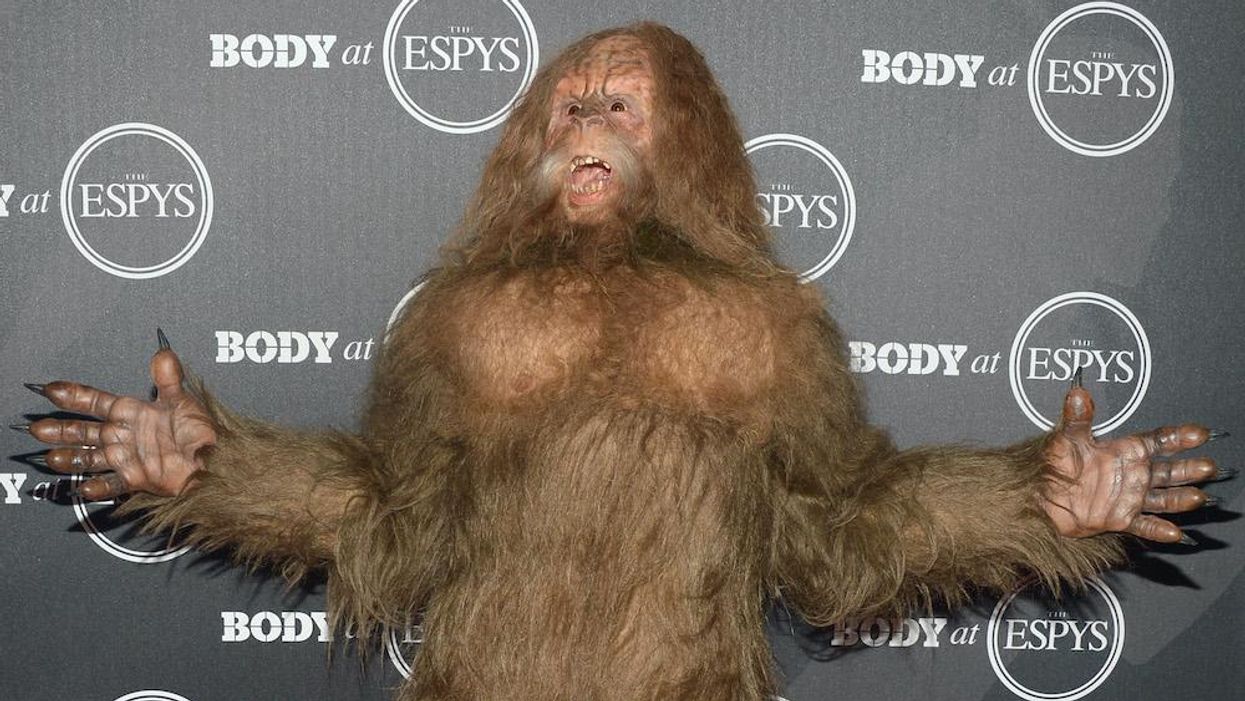 A Republican lawmaker in Oklahoma wants to see his state cash in on Americans' obsession with mythical creatures.

And he thinks it could be a boon for the Sooner State.

Humphrey introduced H.B. 1648 last week, which would direct the Oklahoma Wildlife Conservation Commission to establish a specific hunting season for tracking down Sasquatch, complete with licenses and fees:

But he does not want hunters to actually kill the beast.

Instead, Humphrey said in a press release after introducing the bill, he wants the state to offer a $25,000 bounty for the first person to trap the creature and bring it in.

Humphrey emphasized that the state could benefit from an increase in tourism should the government go through with his bill.

"Tourism is one of the biggest attractions we have in my House district," Humphrey said in the release. "Establishing an actual hunting season and issuing licenses for people who want to hunt Bigfoot will just draw more people to our already beautiful part of the state. It will be a great way for people to enjoy our area and to have some fun."

He added that though Bigfoot is a less serious matter than censorship or the beef industry — two topics on which, he said, he has also filed legislation — tourism is huge for his constituents and just as important. He believe a Bigfoot hunting season would result in a major boost for his local economy.

According to Humphrey, the press release said, his hometown already has a Bigfoot festival every October, so he believes the proposed hunting season should align with that.

"Having a license and a tag would give people a way to prove they participated in the hunt," the lawmaker said. "Again, the overall goal is to get people to our area to enjoy the natural beauty and to have a great time, and if they find Bigfoot while they're at it, well hey, that's just an even bigger prize."