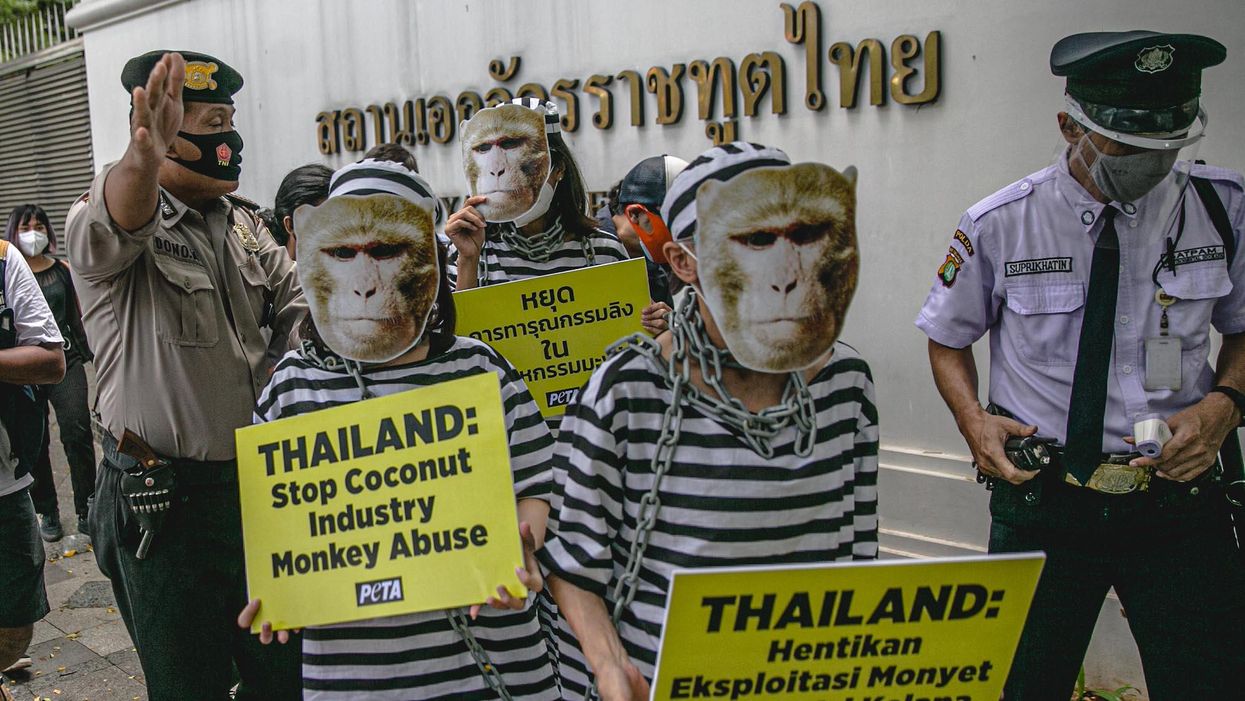 The Minneapolis-based chain told USA Today on Monday that it had elected to stop selling coconut milk from Chaokoh, a supplier in Thailand that the People for the Ethical Treatment of Animals has repeatedly accused of using monkeys as forced labor to pick coconuts.

According to the paper, Target said it had actually made the decision last November in the wake of reports that Costco had caved to PETA's demands to drop Chaokoh's product.

"We believe in the humane treatment of animals and expect those who do business with us to do the same," Target told USA Today. "We take seriously the claims made against Chaokoh, and given they were unable to sufficiently address the concerns raised, we made the decision to remove their product from our assortment in November 2020."

For its part, Chaokoh has repeatedly denied the allegations, WABC-TV reported.

PETA patted itself on the back in a news release Monday, claiming victory following Target's submission to its demands.

"By dropping Chaokoh, Target is joining thousands of stores that refuse to profit from chained monkeys' misery," PETA Executive Vice President Tracy Reiman said in the release. "PETA exposés have confirmed that Thai coconut producers are exploiting monkeys and lying about it, so there's no excuse for any grocery store to keep Chaokoh on its shelves."

What has PETA been claiming?

PETA's successful pressure on Target, Costco, and other retailers — including Wegmans, Food Lion, and Stop & Shop — came after the organization published what it said was "undercover investigations into the use of captive monkeys, who are kept chained and caged, in Thailand's coconut-picking industry," the organization said in its news release.

The group has repeatedly claimed that Chaokoh was guilty of "cruelty to monkeys on every farm, at every monkey-training facility, and in every coconut-picking contest that used monkey labor."

When not being forced to pick coconuts or perform in circus-style shows for tourists, the animals were kept tethered, chained to old tires, or confined to cages barely larger than their bodies. After a global outcry, the coconut industry claimed to have changed this practice—but PETA Asia's second investigation found producers still using monkey labor and industry insiders discussing how farms conceal this practice by simply hiding monkeys until auditors leave or by hiring contractors to bring in monkeys only during harvest time.

According to PETA, some 26,000 stores have cut ties with Chaokoh.

But the animal rights group isn't finished: The group said it still plans to go after major chains that have yet to yield to its demands, including Kroger, Albertsons, and Publix.