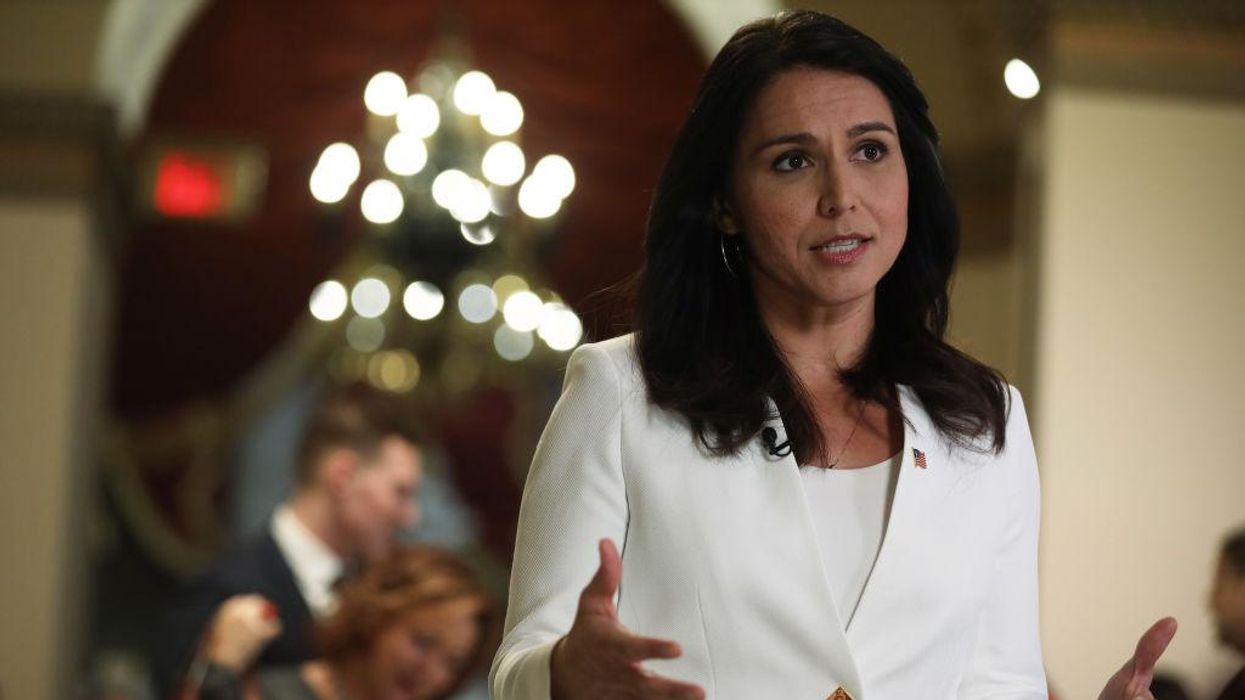 Former Rep. Tulsi Gabbard issued a dire warning to the American people on Tuesday, expressing concern that "domestic enemies" of the United States, in the national security community and Big Tech industry, are plotting to create a "police state" in America.

Gabbard, who served as the U.S. representative for Hawaii's 2nd Congressional District from 2013 to 2021, posted a video to social media in which she spoke out against efforts to expand the federal government's national security powers after the Jan. 6 riot at the U.S. Capitol. In the video, she called out former CIA Director John Brennan and Rep. Adam Schiff (D-Calif.), two leading proponents of expanding national security powers, labeling them "domestic enemies" of the country.

"The mob who stormed the Capitol on Jan. 6 to try to stop Congress from carrying out its constitutional responsibilities were behaving like domestic enemies of our country," Gabbard said. "But let's be clear, the John Brennans, Adam Schiffs and the oligarchs in Big Tech who are trying to undermine our constitutionally protected rights and turn our country into a police state with KGB-style surveillance are also domestic enemies — and much more powerful, and therefore dangerous, than the mob that stormed the Capitol."

The mob who stormed the capitol to try to stop Congress from carrying out its constitutional responsibilities were… https://t.co/teYpGORpQ0

President Biden, I call upon you & all of Congress from both parties to denounce efforts by Brennan & others to tak… https://t.co/MGbem06NHT

The video cuts to a clip from MSNBC of Brennan saying that members of the Biden administration "are now moving in laser-like fashion to try to uncover as much as they can about what looks very similar to insurgency movements that we see overseas." Brennan was speaking of individuals and groups like those that formed the mob that laid siege to the Capitol.

The events of Jan. 6 have been compared in the media to the Sept. 11, 2001, terrorist attacks, a comparison some have used to call for a "Domestic War on Terror," demanding that the U.S. employ strategies here at home akin to those used against ISIS and al-Qaeda abroad. Rep. Schiff in 2019 introduced legislation that would create a federal domestic terrorism criminal statute. A similar bill sponsored by Sen. Dick Durbin (D-Ill.) would establish new offices in the Department of Homeland Security, the Department of Justice, and the FBI to investigate domestic terrorism in the U.S.

Civil liberties advocates like Gabbard have spoken out against a war on terror here at home. A group of progressive representatives, led by Rep. Rashida Tlaib (D-Mich.), last week called on congressional leaders to reject efforts to pass Durbin's Domestic Terrorism Prevention Act and oppose new legislation that would expand the national security state.

Gabbard is calling on President Joe Biden and the Congress to defend American civil liberties.

"President Biden, I call upon you & all of Congress from both parties to denounce efforts by Brennan & others to take away our civil liberties endowed to us by our Creator & guaranteed in our Constitution. If you don't stand up to them now, then our country will be in great peril," she said.