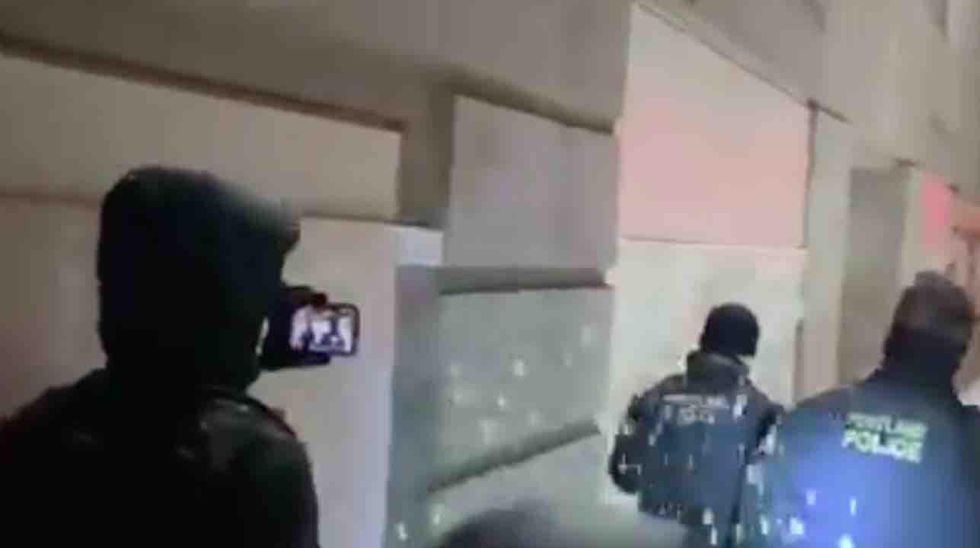 Video shows a crowd of Antifa militants outnumbering a pair of Portland police officers who then apparently decide they don't want to stick around and talk about the snowy weather.

The clip then shows the cops walking quickly down a sidewalk as the militants repeatedly holler "Quit your jobs!" and actually throw snowballs and kick snow at the officers.

Soon the officers arrive at the city of Portland Police Bureau where a door opens for them, and the cops retreat from the indignity, the door closes, and the militants celebrate getting away with it:

Commenters reacting to the Twitter video posted early Saturday morning seemed decidedly disgusted at the continued lack of respect for police — and especially the danger that such demonstrations of disrespect without consequences can embolden others:

Cops have been subject to this kind of humiliating abuse for some time. As politicians and police officials began tying officers' hands in fear of brutality accusations, cop haters seemed to test the waters — and lo and behold discovered they could carry out abusive behavior upon police without retaliation.

Of course, it escalated around the country after the death of George Floyd in Minneapolis last May, but readers of TheBlaze no doubt recall a similar scene in New York City a couple of years ago when water was tossed and dumped on a pair of NYPD officers who simply walked away:

Our anti-cop lawmakers have gotten their wish: the NYPD is now frozen. It’s not the fault of these police officers.… https://t.co/N34vDycOfF

Oh, and do you remember what happened to the reputed gangbanger arrested in connection with the water-dumping incident — who also was on probation and had been busted over 20 times?

His punishment was 10 days of community service.