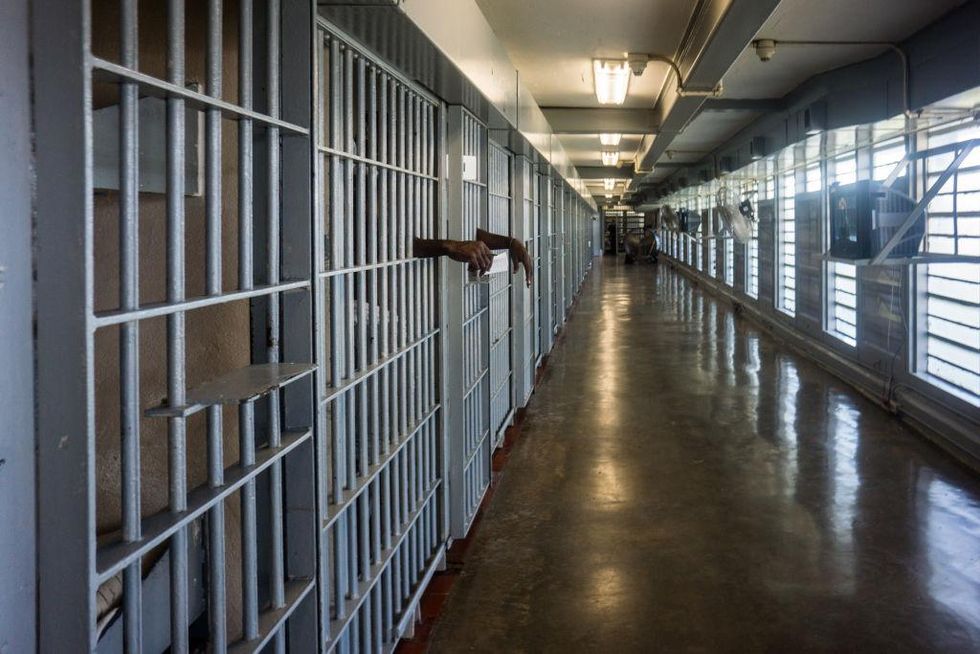 A convicted felon in Spokane, Washington, allegedly carjacked a teenage girl Saturday night a mere 20 minutes after being released from behind bars.

Marcus Goodman, 31, quite literally wasted no time giving law enforcement cause to return him to jail after his release over the weekend, according to a Spokane Police Department report.

The victim, a 16-year-old girl whose identity is being protected, called police at 10:28 p.m. local time to report a carjacking. She told officers that a stranger had approached her indicating he was in possession of a gun and demanding that she hand over the keys to her vehicle, which she did.

After her call, officers immediately began scouring the city in search of the vehicle. At about 1 a.m. the following morning, they located it in the northeast section of the city near Francis Avenue and North Nevada Street — with Goodman in the driver's seat, authorities said.

"As officers investigated Goodman's activity they became aware Goodman had been released from jail on an unrelated felony charge at 10:08 PM," the police report said.

Police added that during the 20 minutes between his release and the girl's call, Goodman traveled roughly one and a half miles from Spokane County Jail to the location of the incident where he conducted the carjacking.

Goodman was then detained and transferred back to Spokane County Jail on a felony charge of second-degree robbery. Police said that he has a prior felony criminal record but they did not provide further details.

Carjackings after prison release appears to be a recurrent problem in the United States. Last April, an inmate freed in California due to coronavirus concerns proceeded to carjack someone's vehicle only 40 minutes after his release.

In this latest incident, Goodman was able to cut that time in half.