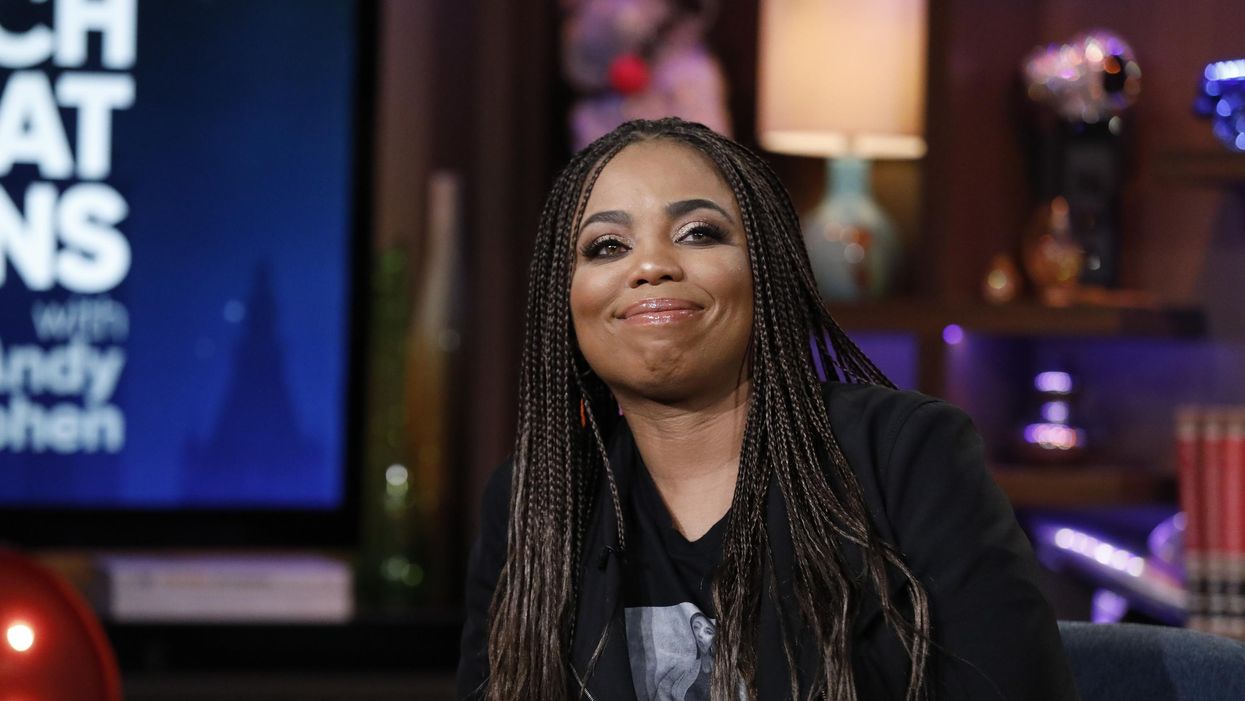 Sports journalist and writer Jemele Hill declared recently that sports should absolutely nix the playing of "The Star-Spangled Banner" ahead of games because the practice has merely become an "empty gesture of patriotism."

Hill also insisted that the national anthem and the American flag have both been "weaponized" against U.S. citizens in order to "undermine and diminish the humanity of black and brown Americans."

In an article for the Atlantic titled "The Problem with Mandatory Patriotism in Sports," Hill wrote, "Playing 'The Star-Spangled Banner' at sporting events has become an empty gesture of patriotism — so empty that, when the NBA's Dallas Mavericks quietly began skipping the ritual, 13 preseason and regular-season games passed before anyone noticed."

Hill was referring to last week's news that the Dallas Mavericks stopped playing the national anthem before games.

Following the news, the NBA almost immediately responded and said that the national anthem must be played before all games in accordance with league rules. Its response was reportedly a direct rebuff of the Mavericks' decision.

"The Mavericks should have held their ground," Hill reasoned, "because playing the national anthem shouldn't be a pregame ritual in American sports. No during a time when many people — including many athletes of color — are deeply uncomfortable with how patriotic symbols have been weaponized to undermine and diminish the humanity of black and brown Americans."

National anthem has been interpreted as 'mocking or threatening' black people

Insisting that the NBA should altogether revisit its national anthem rule, Hill added, "The ritual enforces a rote, narrow idea of patriotism — one that pro sports should be working to change, not uphold."

"The anthem has always represented the nation's hypocrisy more so than its promises," she insisted. "The lyricist was Francis Scott Key, a Maryland slave owner who once said that Africans in America were a 'distinct and inferior race of people, which all experience proves to be the greatest evil that afflicts a community.' Key wrote the song during the War of 1812. The second half of its third verse — which includes the lyric 'No refuge could save the hireling and slave, from the terror of flight or the gloom of the grave' — has been interpreted as mocking or threatening the black people who escaped their enslavers and fought for the British."

Hill continued, pointing out that the national anthem, "was meant to rally spectators around American democracy" during sporting events that dated back to the Civil War.

"The song that eventually became the national anthem was meant to rally spectators around American democracy — even if conditions in the United States were deeply unequal," she added.

Trump and conservatives were able to 'hijack the conversation'

In contemporary society, Hill noted, "Commentators who did not object when the anthem was used for conservative causes became indignant when Colin Kaepernick used it in 2016 to draw attention to police violence against black people."

"In taking a knee during 'The Star-Spangled Banner,' the former NFL quarterback unwittingly created an opportunity for former President Donald Trump and other conservatives to hijack the conversation," Hill insisted. "As a candidate and as president, Trump criticized Kaepernick's protest to score political points. Real patriots stood for the anthem, Trump and his supporters insisted. And in their view, those who stood – or peacefully kneeled — against injustice were traitors."

During Trump's presidency, Hill pointed out, Americans were subjected to "far too many images of white supremacists waving the national flag" while "shouting patriotic slogans."

"The insurrectionists at the U.S. Capitol did just that, even as they tried to overturn a free election," Hill wrote. "Trump any many other Republicans who impugned Kaepernick's patriotism now want the rest of the country to ignore the Capitol riot and move on. If it wasn't clear before why people of color feel uncomfortable with the conservative definition of patriotism, it should be now."

Hill concluded, "Mandatory patriotism doesn't give Americans reason for pride; it only highlights the country's failures."