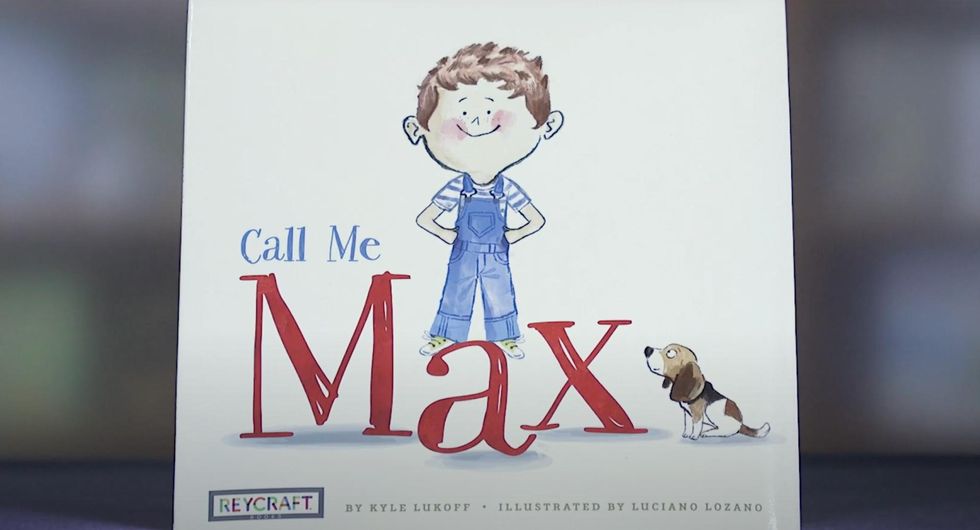 A Utah school district suspended its program on books about equity after a third-grade teacher read a story about a transgender boy to students without parent permission.

On Monday, Newsweek reported that the reading of the book "Call Me Max" — which tells the story of a young transgender boy who embarks on a "journey" as he "makes new friends and reveals his feelings about his identity to his parents" — prompted heavy criticism against administrators of Horizon Elementary School in Murray, Utah.

According to the Salt Lake Tribune, "The uproar started when a student at Horizon Elementary brought a copy of 'Call Me Max' from home and asked the teacher to read it aloud during story time. The book is an illustrated account of a young transgender boy who educates his own teacher and classmates about his identity."

"But Murray School District is taking its response a step further, now reviewing all of the literature in its 'equity book bundles' program — even though 'Call Me Max' is not part of that initiative and is not in any of the district's libraries," the Tribune added. "It was only in the classroom because the student had a copy."

"The retelling of the story prompted students to ask the teacher question, one of which was specifically about puberty," Murray School District spokesman Doug Perry told the outlet in a statement about the controversy.

The reading sparked anger and concern from some district parents, which prompted the district to at least temporarily yank the program.

Perry also told the Tribune that the teacher "made a mistake" in sharing the book with the class.

"That book is not appropriate at the grade level it was being shared," Perry added.

Newsweek reported that the school district issued an apology to parents in a letter last week and informed families that the book program would be put on hold "as a review of the literature is undertaken in order to determine if any of the books are similar in topic or may cause concern."

The entire program is now under review, according to Perry, to ensure that no books are similar to "Call Me Max" or could approach a topic best left unaddressed at current grade levels.

"Call Me Max" author Kyle Lukoff — a transgender former librarian — told the outlet that the book is simply an introduction into what it means for children to be transgender.

On Twitter, Lukoff
wrote, "I still can't get over that the Utah school district has stopped sending kids books like FRY BREAD, YOU MATTER, STAMPED, and GHOST BOYS because a kid asked a teacher to read MAX. I know it's not my fault but I have this urge to apologize to my friends/colleagues."

He later
added, "I only want my career to be in conversation/solidarity/support of others, and this feels awful."

I only want my career to be in conversation/solidarity/support of others, and this feels awful.

Lukoff also told Newsweek that it's "upsetting" that the district is using his work "as an excuse to suspend the book program, since that list is made up of so many wonderful, important titles by friends and colleagues."

"It's also always upsetting when people treat transgender children and their friends as problems and controversies, rather than kids who deserve love, support, and understanding," he added.

Lukoff told the Tribune that the book is specifically tailored to kids in kindergarten to third-grade, and doesn't believe that the term "transgender" typically concerns kids of that age group.

"I find in my experience that adults think that term unlocks a lot of confusion in children when it really doesn't," Lukoff told the outlet. "It's only a problem if you think that being transgender itself is wrong. And it's not. That's something the parent then has to work through."