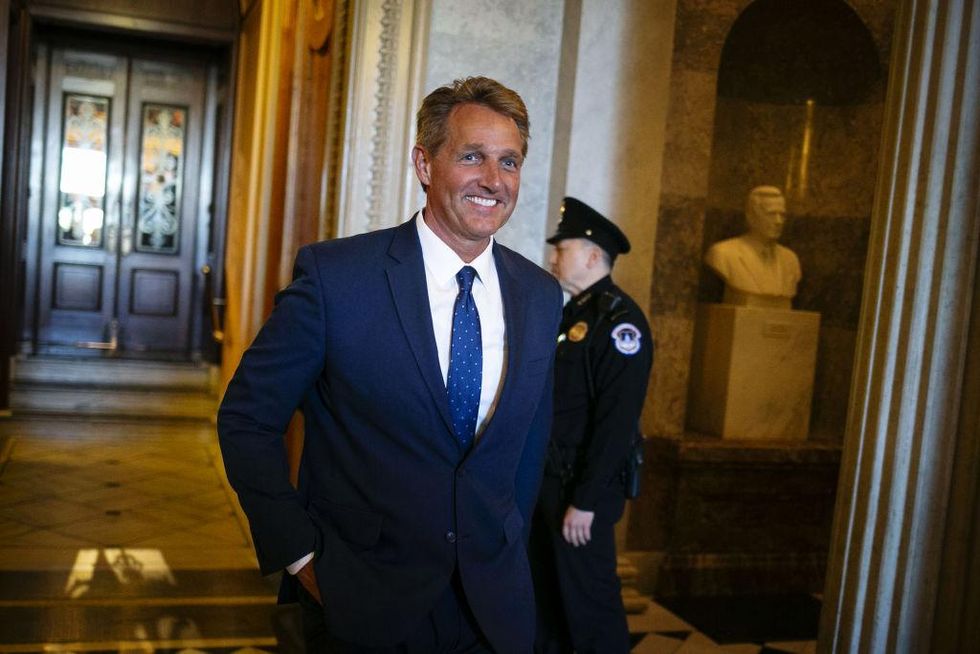 Former Sen. Jeff Flake (R-Ariz.) confirmed reports on Monday that he's been contacted by the Biden administration about a potential ambassadorship appointment, but did not go into specifics.

Over the weekend, Axios reported that Biden administration officials were considering nominating Flake and possibly Cindy McCain, the widow of the late Sen. John McCain, to be ambassadors to signal that President Biden's foreign policy would be bipartisan.

Speaking on CNN, Flake confirmed that he's been in touch with the Biden administration but said no final decisions on his nomination have been made.

"All I've said is I would have an interest in making sure that President Biden's foreign policy is bipartisan. You know, we used to say that partisanship stops at the water's edge. That needs to happen and I think it can happen but there's been no specific talks," Flake said.

Pushed by CNN's Pamela Brown, Flake elaborated on what he meant by "no specific talks," adding, "I think they're aways from decisions."

"They still have half the Cabinet to get through the Senate. So, I certainly have an interest in making sure that our foreign policy is bipartisan, but we'll leave that to the Biden administration to make those decisions," Flake said.

"Okay, so it sounds though, more generally perhaps, you've been in touch with the administration, right?" Brown asked.

President Biden stressed the importance of unity in his inaugural address, but so far has not appointed any Republicans to key positions in his administration. These nominations, if they happen, would be the most prominent Republican appointees in the Biden administration, but Flake and McCain are representative of only one faction of the Republican Party.

Both are prominent Never Trump voices who consistently opposed former President Donald Trump and his policies. Flake recently penned an op-ed writing that the Republicans in the U.S. Senate should have convicted Trump after the second impeachment trial and calling for the GOP to abandon loyalty to the former president.

"The vote to acquit [Trump] is the final act in the normalization of a President whose behavior was not normal, can never be acceptable, and culminated in a monstrous assault on American democracy," Flake wrote.

"I've been pleased with the names that have come forward so far, particularly on their national security and foreign policy team. They've got some real seasoned, experienced hands there, and that's great," Flake said.