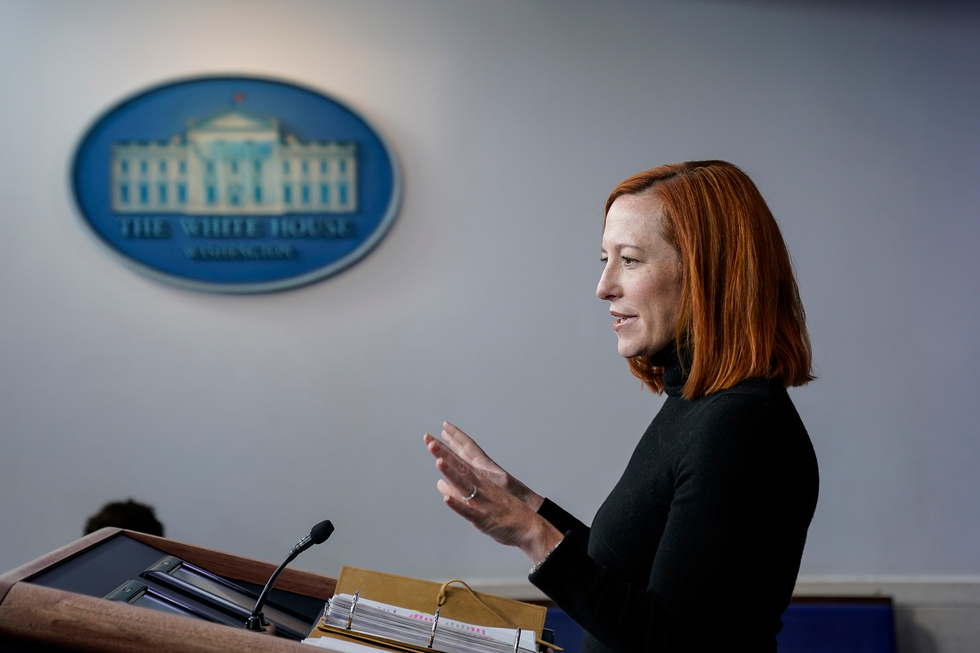 White House Press Secretary Jen Psaki refused to guarantee Tuesday that taxpayers would not be forced to fund abortions as part of the $1.9 trillion COVID-19 stimulus package dubbed the "American Rescue Plan" currently being pushed by President Joe Biden.

Correspondent Owen Jensen from Catholic outlet EWTN addressed Psaki during a press conference, saying, "Regarding the American Rescue Plan, groups like pro-life groups including the Susan B. Anthony List are very concerned that millions of U.S. taxpayer dollars will go to the abortion industry in violation of the Hyde Amendment."

"We know where President Biden stands on the Hyde Amendment," the reporter said, referring to the block on public federal funding going to abortions except in certain instances, which Biden supported for decades before vowing to repeal it during the 2020 Democratic primary campaign.

"That being said," Jensen continued, "can this administration right now guarantee if the American Rescue Plan is passed that no taxpayer dollars will go to the abortion industry?

Psaki asked Jensen to specify which part of the plan he was referring to, and he read back, "a $50 million funding increase for the Title X program...$750 million for global health activities and billions in funding for community health centers without applying the Hyde Amendment."

"Well," the White House press secretary replied, "the president's view on the Hyde Amendment is well known as you have stated in your question. He also believes that community health centers are a key part of addressing the pandemic, of ensuring that people in communities have access to vaccines, have access to treatment and information about making sure they're healthy and their loved ones are healthy."

She went on to reiterate that Biden "has shared his view on the Hyde Amendment" without noting his position, before telling Jensen, "I don't think I have anything new for you."

Psaki refused to answer the question again, saying, "Three quarters of the public supports the components of the package, wants to see the pandemic get under control, wants to people put back to work, vaccines in arms. So I think that answers your question."

Psaki has dodged on questions regarding abortion before, an issue Biden has flipped on as a lifelong Catholic who has increasingly voiced support for abortion and now fully embraces using taxpayer dollars to fund the procedures.

Last month, Jensen asked Psaki about Biden's plan on both the Hyde Amendment and the Mexico City Policy, which bans federal funding of foreign nongovernmental organizations that promote or perform abortions.

"Well, I think we'll have more to say on the Mexico City Policy in the coming days," Psaki replied, before pivoting and saying, "but I will just take the opportunity to remind all of you that he [Biden] is a devout Catholic, and somebody who attends church regularly."

She added, "He started his day attending church with his family this morning, but I don't have anything more for you on that."