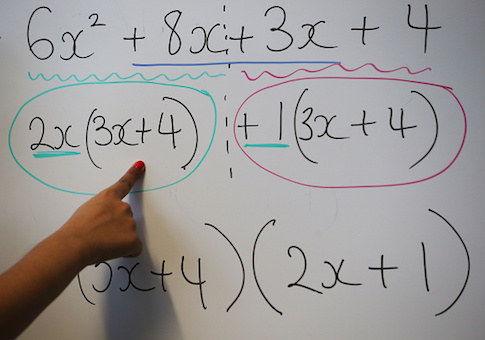 The Oregon Department of Education wants teachers to enroll in a class focused on "dismantling racism in mathematics," Fox News reported Friday.

The "Pathway to Math Equity Micro Course," which the Oregon Department of Education advertised in its newsletter, aims to provide middle school teachers with the resources needed to abolish "white supremacy culture" in math class. Concentrating on finding the right answer and asking students to show their work demonstrate white supremacy, according to the 82-page course document.

The course packet describes precisely how math teachers can become antiracist. Educators must analyze how math "is used to uphold capitalist, imperialist, and racist views." Teachers are also encouraged to create a "mathematical identity" so that students "can see themselves as mathematicians" and adopt homework policies that address the needs of minority students. Class worksheets ask teachers to describe antiracist qualities they should develop during the school year.

The course sets different goals for each month of the school year. In November, teachers are asked to consider how they "authentically" include minority and multilingual students in math class. In May, teachers will evaluate how they "dismantle power structures in the classroom."

The course begins on Feb. 25, according to the Oregon Department of Education's email.

The North Carolina Board of Education approved new American history standards this month that will teach high school students to "explain how slavery, xenophobia, disenfranchisement, and intolerance have affected individual and group perspectives of themselves as Americans" and "compare how some groups in American society have benefited from economic policies while other groups have been systemically denied the same benefits."