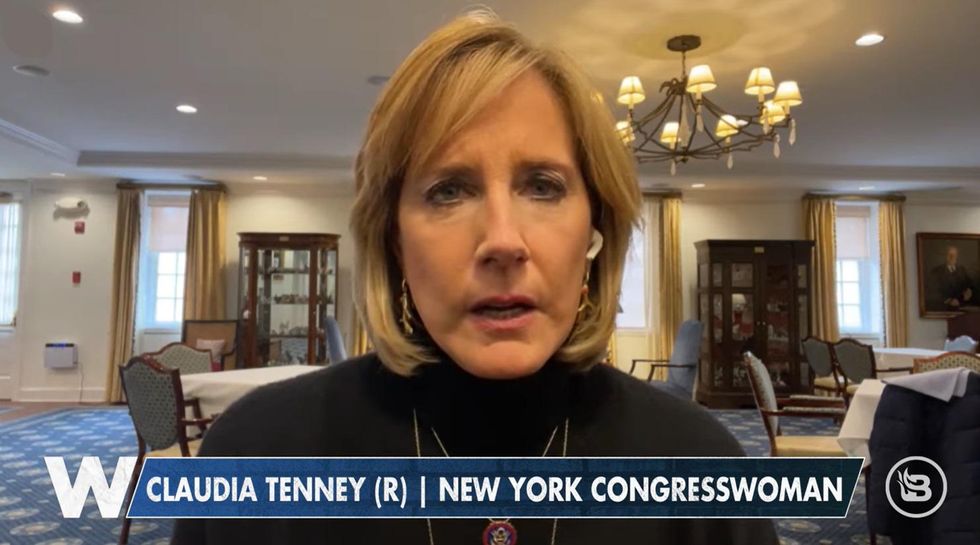 "Governor Cuomo is a sociopathic liar," Tenney told BlazeTV host Andrew Wilkow during an interview Friday. "He's been the governor for 11 years. I've called him out to resign recently for this issue — I've called him to resign for many other abuses of power that he has exhibited on a number of issues throughout his term as governor, but this is particularly egregious."

Tenney said she had asked former Attorney General William Barr to look into nursing home deaths in New York as early as March 2020, after a nursing home resident contacted her to report that COVID-positive patients were being moved from hospitals into nursing homes.

She also talked about the recent reports that Cuomo's secretary, Melissa DeRosa, admitted that the administration intentionally hid data on the coronavirus death toll in nursing homes out of fear that the true numbers would "be used against us" by federal prosecutors.

"Now this cover-up has become a crime," Tenney said. "It could very much be at least criminal negligence, what the governor has done."

Watch the video below to catch more of the conversation:

To enjoy more of Andrew's dynamic truth-telling, unmistakable opinion and rational political analysis, subscribe to BlazeTV — the largest multi-platform network of voices who love America, defend the Constitution and live the American dream.