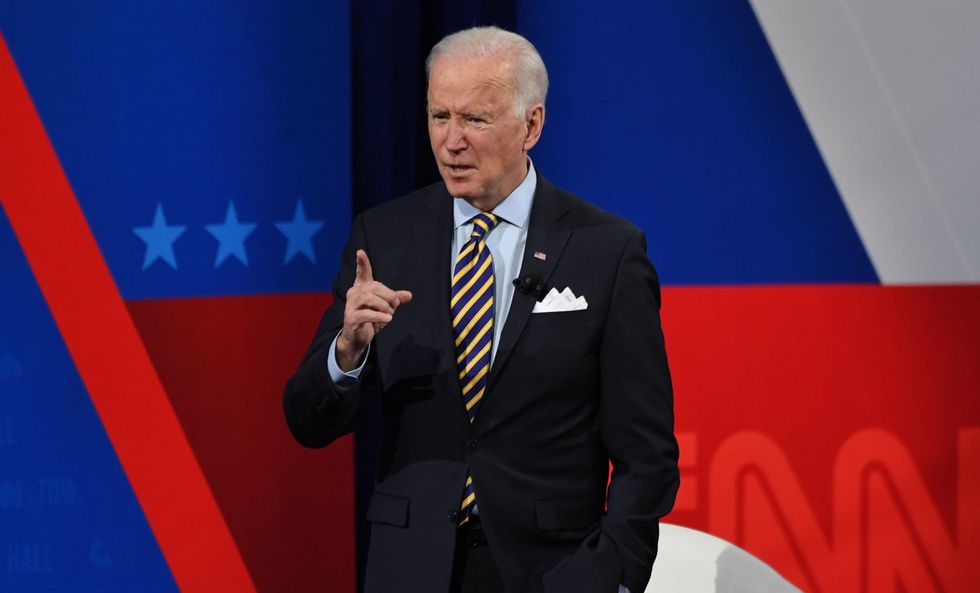 President Joe Biden says that he will not go along with Democrats' proposal of canceling student loan debt beginning at $50,000.

During a Tuesday night town hall event in Milwaukee, Wisconsin, Biden — attending his first public event outside Washington, D.C., since taking office in January — said that he would prefer to redirect that money to early childhood education and that he has no plans to forgive student debt for people who attended Ivy League or other affluent colleges.

A young woman asked the president, "[Student] loans are crushing my family, friends, and fellow Americans. The American dream is to succeed, but how can we fulfill that dream when debt is many people's only option for a degree? We need student loan forgiveness beyond the potential $10,000 your administation has proposed. We need at least a $50,000 minimum. What will you do to make that happen?"

Biden answered, "I will not make that happen."

"It depends on whether or not you go to a private university or a public university. It depends on the idea that, I say to a community, I'm going to forgive the debt of billions of dollars ... for people who have gone to Harvard and Yale and Penn. ... Is that going to be forgiven rather than use that money to provide for early education for young children who come from disadvantaged circumstances?"

He then went on to say that he'd rather provide free education at the local level.

"Everyone should be able to go to community college for free," he insisted. "That costs $9 billion and we should pay for it. And the tax policies we have now, we should be able to pay for it. You spend almost that much money as a break for people on race horses. And I think any family making under $125,000 whose kids go to a state university ... that should be free as well."

Elsewhere during the event, Biden said that he is also in support of expanding debt forgiveness programs for students who enter public service positions like teaching.

In early February, Senate Majority Leader Chuck Schumer (D-N.Y.), Sen. Elizabeth Warren (D-Mass.), and other Democrat lawmakers proposed a resolution calling on the president to wipe out $50,000 in federal student loan debt for all borrowers.