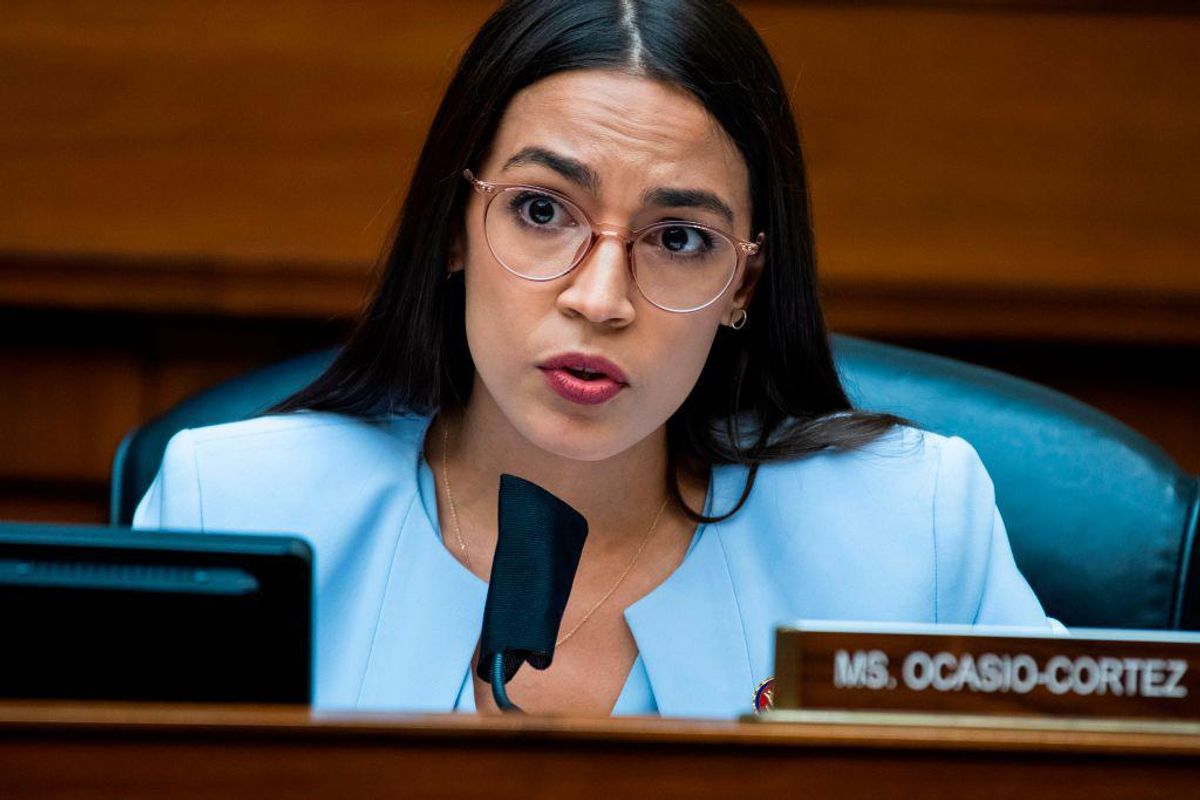 Without fact-checking — or thinking through what the ramifications would be if he were wrong — Baragona posted a screenshot of the show to Twitter, saying, "So it appears Tucker's producers added googly eyes to AOC in this image."

He was obviously hoping to catch Carlson in the act, but the problem was, he was wrong and the image was real. Consequently, all he ended up doing was insulting Ocasio-Cortez's appearance. After that was pointed out to him, he owned up to the embarrassing gaffe on Twitter.

"Taking down this tweet as the image of AOC has been out there since at least May 2018," he wrote. "Anyway, I'll take the [loss] and the addition to the list [Siraj Hashmi]."

Taking down this tweet as the image of AOC has been out there since at least May 2018.

Hashmi is a journalist who works for the Washington Examiner and is known for creating "The List," a daily power ranking of people who need to have their phones taken away.

In a follow-up tweet, Baragona employed some more apologetic self-loathing, saying, "Every day you log onto Twitter, you hope to get through it without being it. Tonight, I was it. And I absolutely deserved to be."

"Word of advice — if you don't want to be IT, make sure you don't send out factually inaccurate tweets that can be easily verified and debunked," he added.

Tonight, I was it.

As was to be expected, Baragona was raked on the social media platform over his mistake.
"Its cool how when you're a journalist you can just say s**t," one commenter wrote.
Others pushed back on those defending his gaffe as an honest mistake.
"It's not really an honest mistake. He just naturally assumed the worst about Tucker, and from that assumption, assumed they added the eyes. There's nothing 'honest' about that," one person wrote.
Another added: "He only took it down because he got called out for it. It would probably still be up had no one called him on it. There is nothing honest here."

So it appears that Tucker's producers added googly eyes to AOC in this image https://t.co/sSxGZZpht5

.@justinbaragona I think it’s best if we all just take a breath and calm down. There’s no need to get angry. https://t.co/IVLy4HXBwX