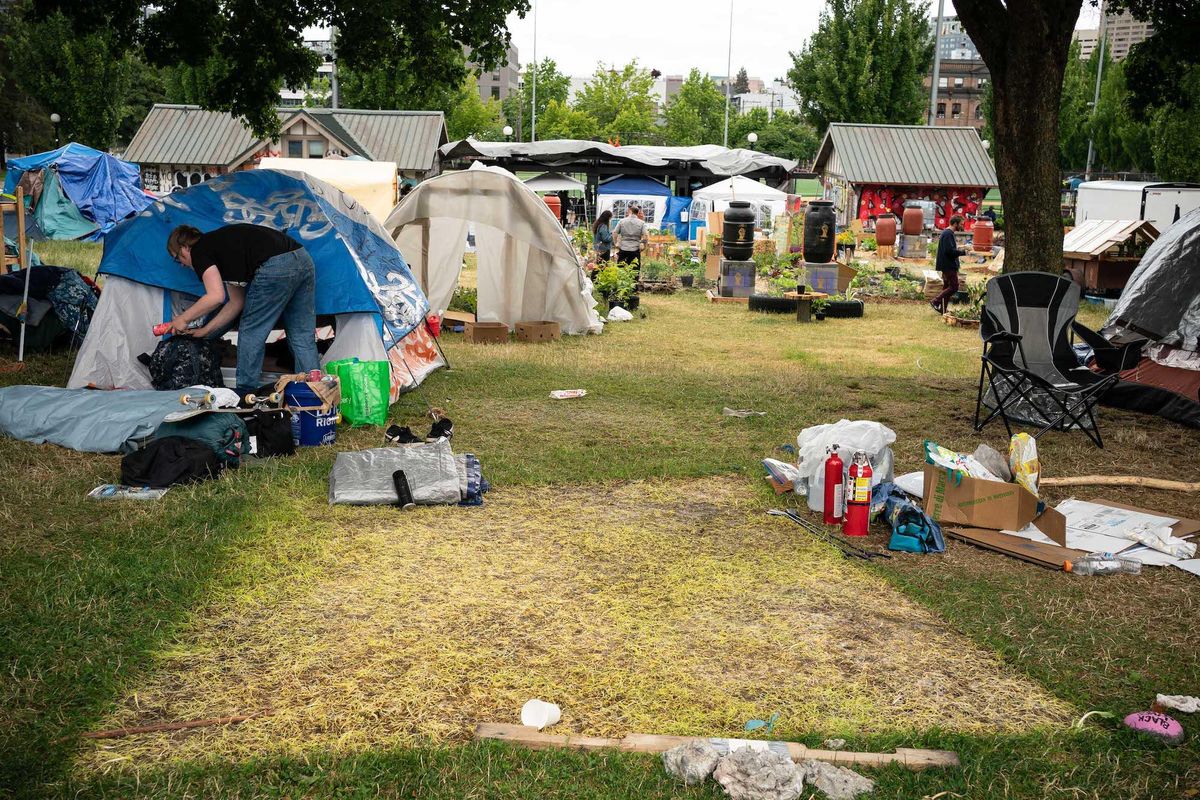 The city of Seattle will pay a homeless woman $10,000 as part of their settlement for tearing down her tent when they cleared out a large homeless encampment in December.

Ada Yeager said she had been living at the homeless encampment at Cal Anderson Park since last June before the city gave them notice to move ahead of a sweep.

Yeager's lawsuit claimed that her constitutional rights were violated and said that the clearing out of the encampment constituted a "warrantless search and seizure" of her private property.

The lawsuit further argued that the encampment was a political protest, and the city violated the residents' right to assembly when they tore down the camp.

Rather than fight the lawsuit, the city settled with Yeager.

"I think that that was a settlement based totally on nuisance value of the lawsuit, and did not reflect anything on the merits," said Mayor Jenny Durkan to reporters.

"I've not had a chance to talk to the city attorney about it yet," she added, "but we were competent on the merits of the case, but sometimes the city attorney decides that it may be best to resolve something than more forward."

A separate lawsuit had been filed in June by the ACLU on behalf of two homeless people at the same encampment, but that was dismissed in June after the attorneys could not locate their clients.

The city tore down the encampment despite the homeless and their activist allies setting up barricades to deter city workers. At one point they set a fire and activists were caught on video pointing a laser at a news helicopter pilot.

Braden Pence, one of the attorneys representing Yeager, told the Seattle Times that the city was able to "wiggle out of this one," but added that more litigation was necessary.

Here's more about the $10,000 homeless settlement:


Unhoused Seattle woman settles with city for $10,000 over sweep of Cal Anderson Park