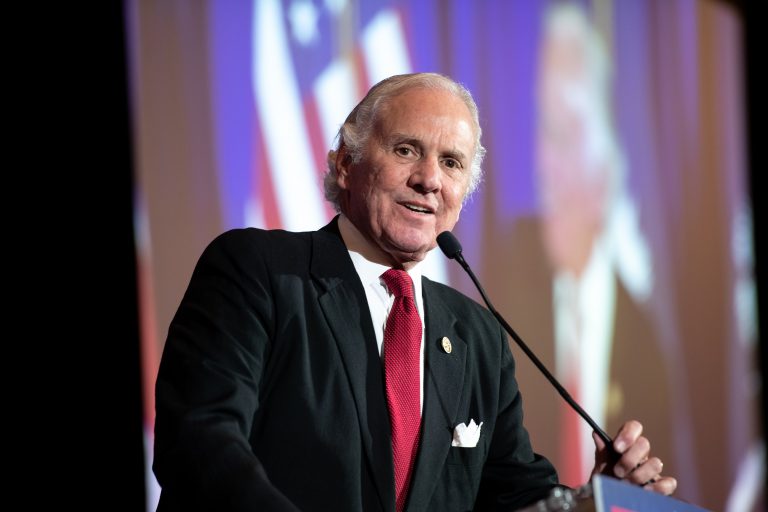 The law requires doctors to perform ultrasounds and would ban abortion if a fetal heartbeat is detected. The law contains exceptions for rape, incest, and concerns over the health of the mother and baby. McMaster praised lawmakers for making South Carolina the 12th state to adopt the pro-life reform, calling the legislation "a big step forward" during the signing ceremony.

"This is very important. This is one of the most pro-life bills," he said.

The South Carolina state House passed the bill Wednesday in a bipartisan 79-35 vote after Democrats staged an 11th hour walkout to slow the vote. Rep. Lucas Atkinson (D.), one of two Democrats to vote for the bill, said protecting the unborn should not be a partisan issue.

"I've been pro-life since I first got elected," Atkinson told the Washington Free Beacon in a phone interview. "I don't look at this as a party issue myself. When it comes to me, I'm going to vote for what I think is right regardless of party."

Rep. Russell Ott (D.) said that while he agreed with some of his colleagues' criticism of the bill, his conscience still directed him to vote in favor of protecting the unborn.

"I have long debated this issue in my heart and while I do not feel completely confident in the way the bill is laid out, I believe in the sanctity of life and that extends to the lives of the unborn," he said in a statement. "Unfortunately, in South Carolina, all too often our advocacy for life ends at birth. If many of my colleagues would fight for the born as much as the unborn, I believe our state could truly flourish."

Other Democrats criticized the bill as a contentious floor debate saw Democratic lawmakers walk out to protest what one of them described as a "farce." Rep. Gilda Cobb-Hunter (D.) criticized Republicans for prioritizing the bill over education and COVID-19 legislation in the state.

Rep. Melissa Lackey Oremus (R.), who gave birth to a daughter in her teens, pushed back. She said in an emotional floor speech that she was thankful she kept her daughter, who is now 25 years old. She relayed her story of going to her first ultrasound and hearing her baby's heartbeat. "How could I have a choice—as you all call it ‘a choice'—to kill that sound, to make that go away?" she said.

Pro-abortion groups ripped the enactment of the law. Planned Parenthood has already filed a lawsuit seeking to block its implementation.

"Abortion bans disproportionately hurt those who already have the least access to quality health care, including people with low incomes, people of color, people who are LGBTQ, and those who live in rural areas," said Dr. Katherine Farris, chief medical officer for Planned Parenthood South Atlantic. "If this law is allowed to go into effect, it will pose a serious threat to South Carolinians’ health and bodily autonomy."

"This is a historic day for protecting the lives of our unborn brothers and sisters in South Carolina," Holly Gatling, executive director of South Carolina Citizens for Life, said.

Terry Schilling from the conservative American Principles Project called for action on the federal level.

"South Carolina's heartbeat bill would actually prevent the deaths of countless unborn children, whom the science tells us are real, living human beings," he said. "In passing this bill, South Carolina's Gov. McMaster and Republican legislators have shown themselves to be true leaders interested in protecting every human life. It's long past time for those in Washington to follow suit."