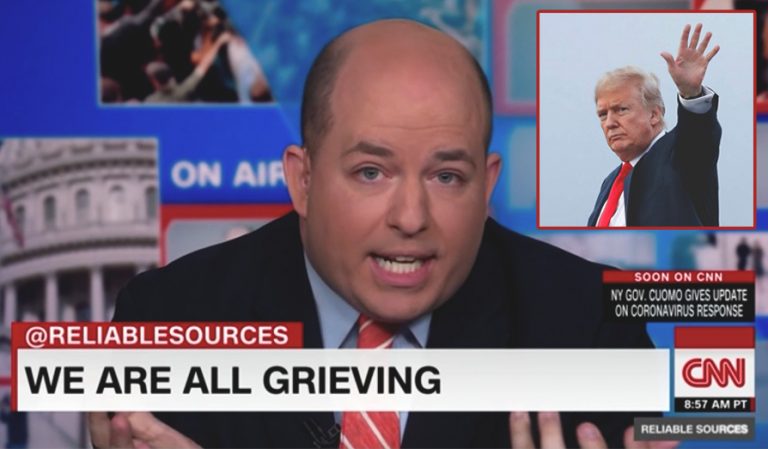 Now that Trump is gone, banned from Twitter, and no longer on trial (again) in the Senate, the venerable "news" network is struggling to find a profitable source of outrage. As you might expect, Trump's absence from the national discourse has been terrible for ratings.

On Feb. 8, one day before the start of Trump's second impeachment trial, CNN led all cable news networks, averaging 332,000 total viewers and 483,000 primetime viewers in the coveted 25-54 age demographic.

Fox, meanwhile, surged from third to first and was the only cable network to gain viewers in the target demographic during that same period. Additionally, the network's parent company, News Corp, announced a "historic" agreement with Google this week under which the media conglomerate will provide "trusted journalism" in exchange for "significant payments from Google."

CNN, by comparison, is scrambling to adapt to the post-Trump media landscape. The network finally granted Jim Acosta's lifelong wish of hosting his own show (on weekends during the early evening hours when barely anyone is watching). Maybe that will help?

In Trump's absence, CNN has pivoted to a new obsession: black-on-Asian crime. Because that's not a very woke storyline, the network has framed the issue as a series of "racist incidents targeting Asians" or "COVID-related attacks targeting Asian Americans." Few details about the alleged attackers are provided so as to allow viewers to use their imagination and leave open the possibility that Trump supporters are somehow to blame.

CNN today has run about 10 segments on "anti-Asian violence." Ummm any anchor want to mention that every assailant on video is black? Might have been of SOME interest if the attackers were white, I think.

CNN is hardly the only mainstream media outlet that became addicted to anti-Trump outrage over the past four years and is now experiencing symptoms of acute withdrawal.