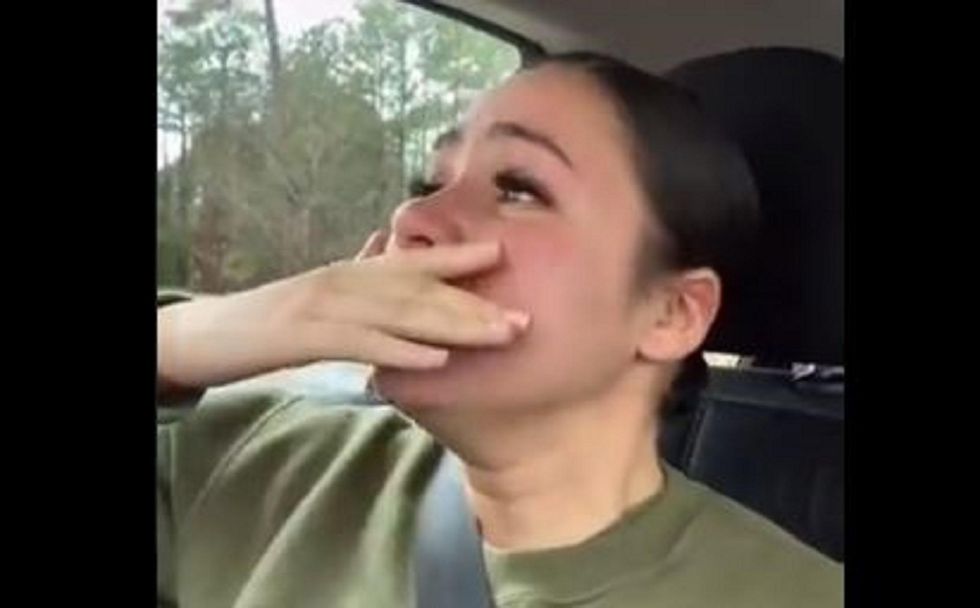 Secretary of Defense Lloyd Austin told reporters Friday that he is asking for the facts that led to a Marine posting a video online sobbing about how her "perpetrator" would be allowed to remain in the military despite an admission of guilt in an alleged misconduct claim.

An advocacy group called Not In My Marine Corps — which says its mission is to "end sexual harassment and assault in the Armed Forces" — shared a video Thursday of the unidentified Marine with message, "This is what happens when you report your assault in the @USMC He admits his guilt and then is retained by the Commanding General after everyone else recommended do not retain. @RepSpeier @SenGillibrand @KamalaHarris @SecDef this is bullshit."

This is what happens when you report your assault in the @USMC He admits his guilt and then is retained by the Comm… https://t.co/k1COKObb8r

In the video, the Marine is seen driving down the road and crying as she explains how earlier in the day she posted a video complaining of how unfair it is that she was "able to see her f***ing perpetrator in court" and learning that he would be receiving an honorable discharge.

She went on to say that she had just been told minutes prior that the Commanding General had actually decided to allow her alleged perpetrator to remain in the military despite what she called "admission to guilt."

Austin was asked about the viral clip during a press conference, and he called the video "deeply disturbing." The defense secretary said that he had asked his staff for further information surrounding what occurred and vowed to make sure the Marine in the video was being cared for.

"We have to get the facts," Austin said. "We have to understand just what happened."

The Marine Corps later issued a statement saying that the service was "aware of the video and is gathering all the details of the situation," stressing: "Sexual assault is a crime, is unacceptable, and violates our core values of honor, courage, and commitment."

However, the Corps told Business Insider later that despite some reports of the incident being a sexual assault, the issue was not an assault but "misconduct of a sexual nature."

The force clarified, "This video specifically refers to an allegation of misconduct regarding the wrongful appropriation and distribution of personal information."