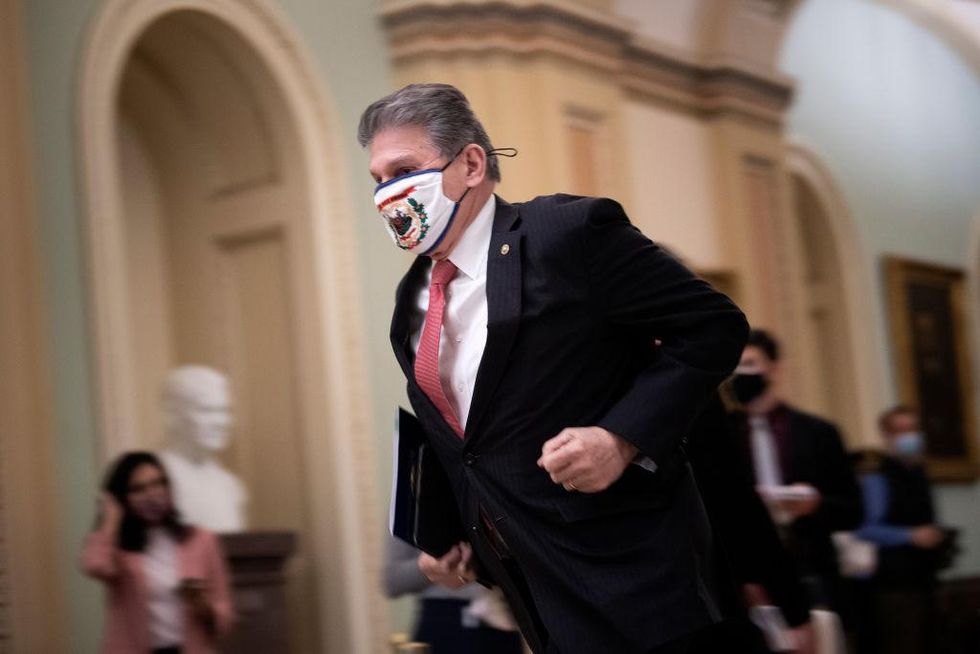 President Joe Biden's controversial nominee to lead the Office of Management and Budget faces a significant stumbling block to confirmation by the U.S. Senate after a moderate Democrat declared he would not vote for her.

Sen. Joe Manchin (D-W.Va.) on Friday declared that he would not support Neera Tanden's confirmation to lead OMB, citing disparaging comments Tanden made on social media about his colleagues in the Senate as a reason for concern she would be a divisive partisan figure.

"I have carefully reviewed Neera Tanden's public statements and tweets that were personally directed towards my colleagues on both sides of the aisle from Senator Sanders to Senator McConnell and others. I believe her overtly partisan statements will have a toxic and detrimental impact on the important working relationship between members of Congress and the next director of the Office of Management and Budget," Manchin said in a statement.

"For this reason, I cannot support her nomination," he continued. "As I have said before, we must take meaningful steps to end the political division and dysfunction that pervades our politics. At a time of grave crisis, it is more important than ever that we chart a new bipartisan course that helps address the many serious challenges facing our nation."

Tanden is the president of the progressive think tank, the Center for American Progress. As OMB nominee, President Biden selected her to fill one of the most powerful positions in the White House, responsible for producing the president's budget and overseeing agency programs, policies, and procedures to determine if they comply with the president's policies and priorities.

Manchin's opposition to Tanden leaves her confirmation to OMB in serious doubt. It is highly unlikely any Republican will vote to confirm her because of comments she's made on social media attacking various Republican members of the Senate.

Her prior comments became a point of contention during her confirmation hearing when Sen. Rob Portman (R-Ohio) confronted her about them.

Tanden was also grilled by Sen. Bernie Sanders (I-Vt.), who accused her of making "vicious attacks" against progressives.

"Your attacks were not just made against Republicans. There were vicious attacks made against progressives. People who I have worked with, me personally," Sanders said.

Even so, Sanders is expected to vote to confirm Tanden. But Manchin's opposition leaves her confirmation in doubt.