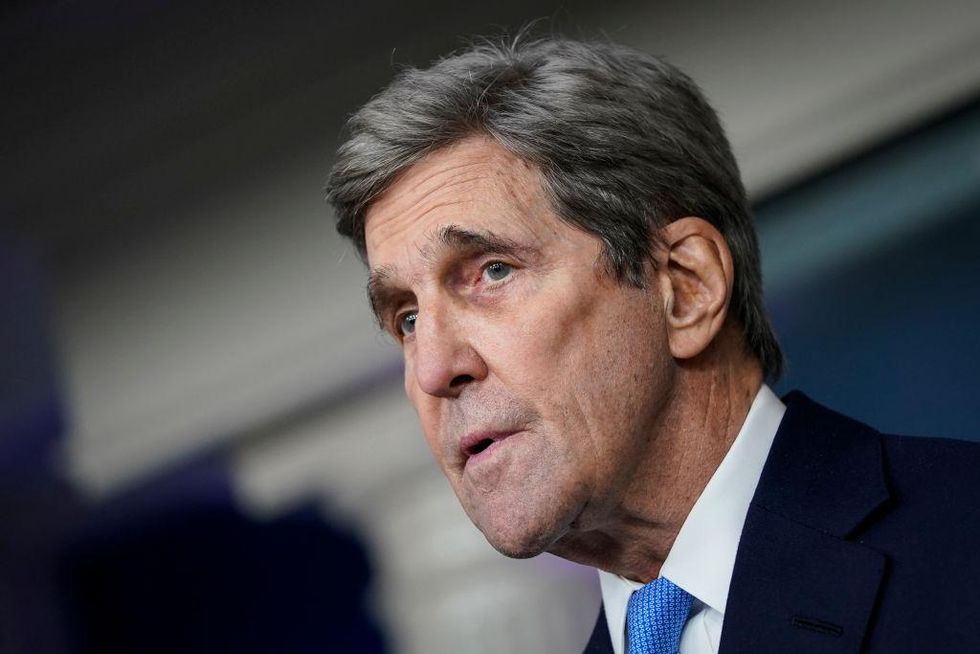 "The scientists told us three years ago we had 12 years to avert the worst consequences of climate crisis. We are now three years gone, so we have nine years left," Kerry told CBS "This Morning" in an exclusive interview aired on Friday.

The former secretary of state was brought on to discuss the historic winter freeze blasting southern states like Texas as well as the Biden administration's official reentrance into the Paris climate accord, an international agreement aimed at lowering global carbon emissions. President Trump withdrew the U.S. from the Paris accord in 2017, citing the fact that it was disproportionately harmful to American business.

During the interview, Kerry argued the situation is so dire that the initial pledges agreed to when the deal was signed in 2015 won't cut it anymore.

"Even if we did everything that we said we were going to do when we signed up in Paris we would see a rise in the Earth's temperature to somewhere around 3.7 degrees or more, which is catastrophic," he explained, imploring that new, more ambitious pledges needed to be made.

"There is no room for B.S. anymore. There's no faking it on this one," he said.

Kerry argued that chaotic weather events such as the winter freeze that has resulted in dozens of deaths in Texas could become the new normal if aggressive steps aren't taken.

The freezing temperatures are "directly related to the warming," he noted, "even though your instinct is to say, wait a minute, this is the new Ice Age .. it's not. It is coming from the global warming and it threatens all the normal weather patterns."

Kerry's doom and gloom forecast may bring to mind a similarly gloomy prediction made by another Democratic figure about the climate crisis. Back in 2006 while promoting his documentary, "A Inconvenient Truth," former Vice President Al Gore declared that unless "drastic measures" were taken to reduce greenhouse gasses, in just 10 years the world would reach a "point of no return."

Of course, Gore's prediction became a point of mockery when, after 10 years had passed, everyone was still here and the world seemed to be getting on largely as usual. What becomes of Kerry's prediction remains to be seen.

But given the impending doom, one might expect Kerry to be taking drastic measures himself, such as ditching private jet travel, which emits as much as 40 times the carbon as commercial airfare. But that's not the case. Last month, news broke that Kerry's family still owns a gas-guzzling private jet even as he preaches climate consciousness around the world.

But the news shouldn't be too shocking. After all, in 2019, the climate czar told a reporter that flying charter is the "only choice" for somebody like him "who is traveling the world" to win the fight against climate change. He had been confronted on the issue after flying in a private jet to Iceland to accept a climate award.