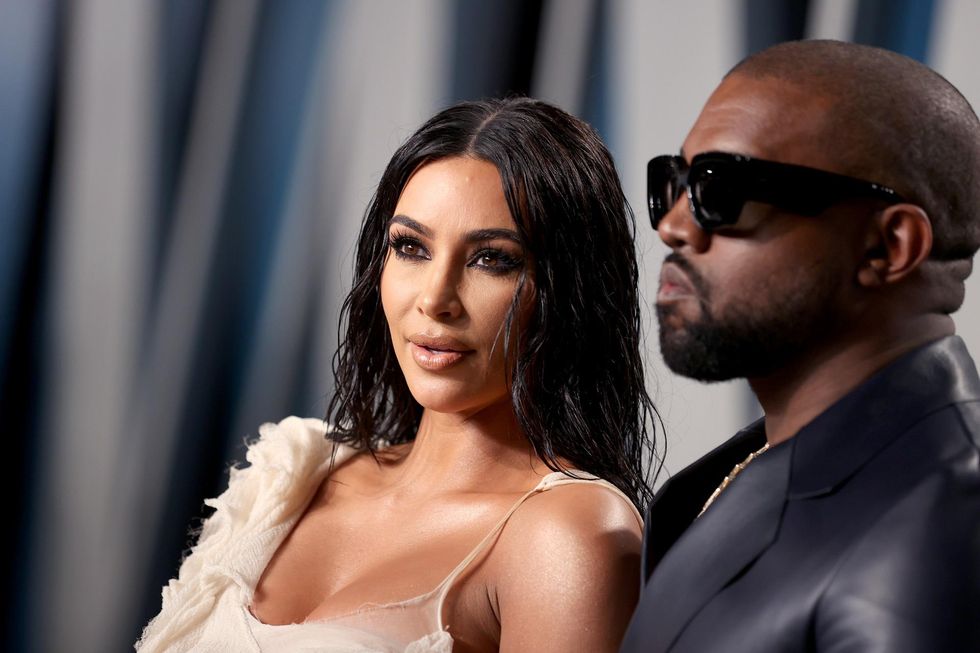 According to TMZ, the first outlet to report the news, Kardashian is seeking joint custody of the couple's four children, North, Saint, Psalm, and Chicago. Sources told the tabloid that West is "fine" with a joint custody arrangement and neither party has thus far contested their purported prenuptial agreement.

Kardashian and West began dating in 2012 after years of friendship, and wed in 2014. Both were already in the limelight, with Kardashian a household name as part of her family's reality TV show, "Keeping Up with the Kardashians," and West's established fame as a music mogul.

Each have built their own substantial fashion empires, with Kardashian's net worth at nearly $1 billion and West's at a reported $1.3 billion.

Rumors have swirled for several months that the couple might split, exacerbated by West tweeting last summer that he was seeking a divorce. Kardashian then made a public appeal asking for privacy and understanding regarding her husband's purported mental health issues.

Both Kardashian and West have become outspoken politically in recent years, and each met with President Donald Trump individually regarding separate issues. Kardashian discussed criminal justice reform with the former president and issued pleas for the release of non-violent offenders, while West had a high-profile Oval Office meeting where he donned a MAGA hat.

West later threw his hat in the ring to run for president under the banner of the "Birthday Party" in 2020, but his movement failed to take off.

The Los Angeles Times reported on the divorce filing:

Speculation about the cause of the rift has focused on West's 2020 presidential campaign, his Twitter rants and his struggles with bipolar disorder, contrasting that with Kardashian's interest in becoming a lawyer and her work on criminal justice reform.

The Daily Mail reported that Kardashian "will reportedly discuss the end of her marriage on the last series of the [Kardashian] family's E! reality show," and West is not happy about it.

"He is less than thrilled," one source said of West. "She will continue to focus on her business empire. Kim has been in individual counselling and is at peace with where her life is headed."