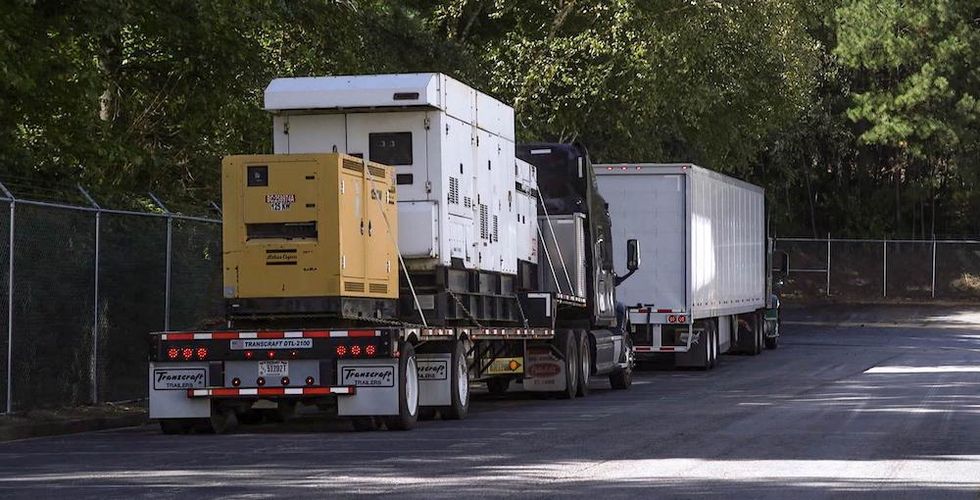 President Joe Biden's Federal Emergency Management Agency announced Thursday afternoon that it is taking steps to help Texas as it continues to grapple with power outages across the state in the midst of a deep freeze.

Sixty generators? What do those power providers run on?

Considering how frequently Biden and his party like to trash the industry, it's notable that when the chips are down, the federal government — under Democratic control — turns to oil to save the day, the Wall Street Journal pointed out in an editorial posted Thursday night.

Critics have gone after the state's reliance upon wind power in such an oil-rich state, but the entire grid was impacted — not just wind turbines that were created to withstand Texas heat and not a once-in-a-lifetime cold snap.

Regardless of the state's use of renewables like wind or solar, when there was an emergency need for power, oil was the answer — despite the fact that the left seeks to ban fossil fuels, the Journal noted.

In fact, Democrat-run governments continue to be reliant upon their least-hated fossil fuel, natural gas — as well as oil for backup.

"Liberals blame gas plants for not covering wind's you-know-what when turbines froze amid surging demand," the paper said. "This is ironic since they seem to be acknowledging that fossil fuels are necessary, though they still want to banish them."

The Journal pointed out that left-wing states like California and New York continue their "love-hate relationship" with oil and gas.

The Golden State's electric utilities commonly deploy diesel generators when they have to cut power during heavy winds, the Journal said. And Democratic Gov. Gavin Newsom suspended emissions rules and relied heavily on diesel generators over the summer during a heat wave that pushed California's grid to the limits "and renewables were MIA."

And then there's the Empire State, home of Green New Deal author Alexandria Ocasio-Cortez, where the government's anti-fossil fuel moves have made it increasingly more likely that people will burn oil instead of clean natural gas:

As for New York, its gas plants can switch to oil. So if there is a shortage of gas due to weather or pipeline constraints, power plants can continue to run by burning oil. One irony is that New York Gov. Andrew Cuomo's natural gas pipeline blockade, which has limited gas shipments from Pennsylvania, has reinforced the state's reliance on less-clean-burning oil for heating fuel.

If we can learn anything from Texas' current power problems, it's that the environmentalists' positions and policy proposals don't work, the paper said. And fossil fuels will have to be used to fix the problems caused by their failed adventures.

Climate activists want to replace gas in homes and buildings with electric heating and stoves, but Texas is showing the problems with this policy. If the power goes out, people don't have heat or hot water. Electric batteries aren't a solution because they can't provide backup power for entire homes including appliances.

The harder the climate absolutists strive to banish fossil fuels, the more Americans learn they can't live without them.