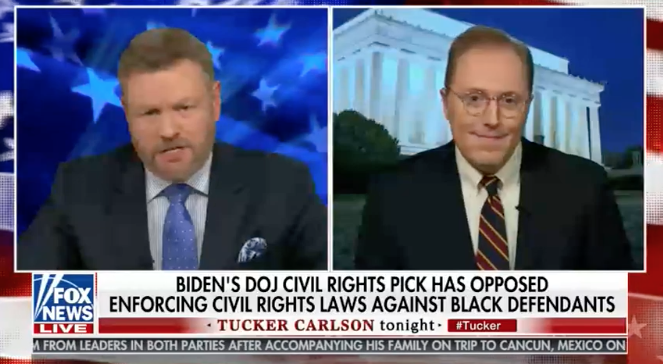 Daley said his report on Clarke's history of opposing civil rights prosecutions of black defendants could come under fire during her upcoming confirmation hearing.

"It will be interesting to explore how this plays during her confirmation hearing, and getting at why exactly she believes this," Daley said. "There's a view ascendent on the left that holds that minorities simply cannot be racist, that racism is a combination of power and privilege, and because minorities aren't privileged they therefore cannot be racist. Finding where Clarke falls on that I think is going to be a priority for Republican lawmakers."