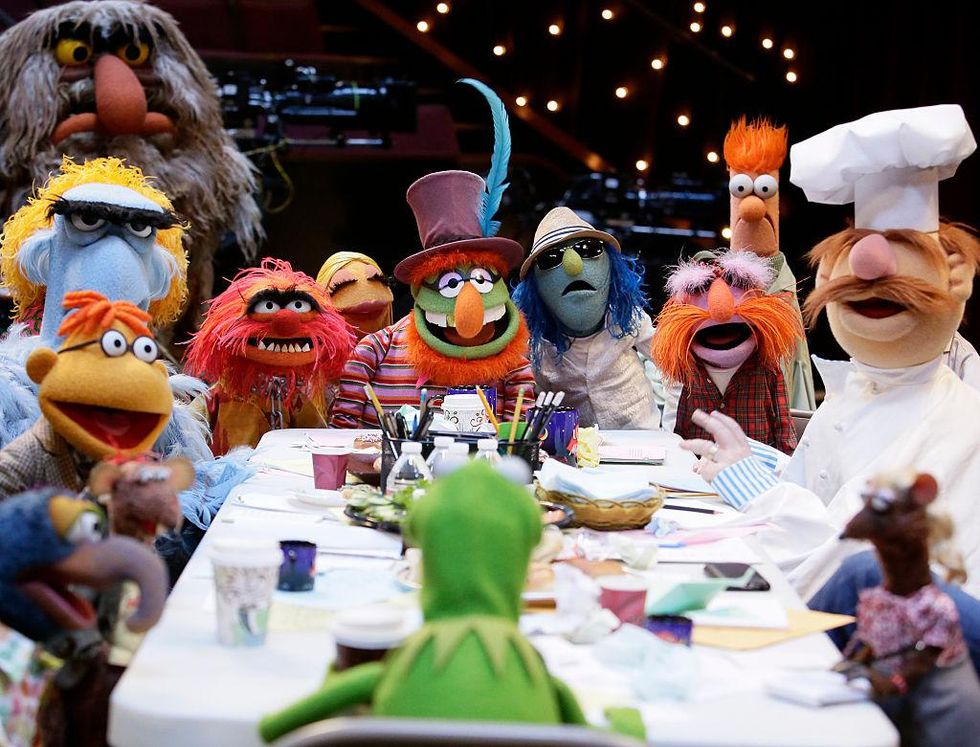 The Muppets, fictional hand-puppets that have been entertaining adults and children alike since 1955, are suddenly "offensive."

Disney released five seasons of the iconic "The Muppet Show" on its Disney+ streaming service on Friday. Viewers quickly noticed that there is an "offensive content" disclaimer before the beloved sitcom featuring celebrated puppets such as Kermit the Frog, Miss Piggy, Fozzie Bear, and Gonzo.

"This program includes negative depictions and/or mistreatment of people or cultures," the disclaimer states. "These stereotypes were wrong then and are wrong now."

"Rather than remove this content, we want to acknowledge its harmful impact, learn from it and spark conversation to create a more inclusive future together," the warning reads.

"Disney is committed to creating stories with inspirational and aspirational themes that reflect the rich diversity of the human experience around the globe," the statement concludes.

"The Muppet Show" can only be seen on an adult account on Disney's $6.99-a-month streaming service, according to the Daily Mail.

Disclaimer Disney+ displays before you can stream The Muppet Show. https://t.co/afh3zGhX67

Disney doesn't specify what "negative depictions" and "stereotypes" were so egregious that a content warning was needed for the TV show that originally aired in 1976, and won three BAFTA Awards, four Primetime Emmy Awards, and a Peabody Award.

Possible "offensive content" could be the puppet named "Animal" "objectifying" and chasing women. The Swedish Chef speaks a gibberish language that is widely interpreted as Swedish-sounding. The variety show featured celebrities, including a 1981 episode featuring legendary singer Johnny Cash performing with the Confederate flag in the background.

In October, Disney added lengthy content warnings for the animated movies "Dumbo," "Peter Pan," and "The Aristocats." Those disclaimers also warned of "negative depictions" and "mistreatment of people or cultures."

In June, a petition went viral that claimed that the Splash Mountain ride at Disney theme parks is "steeped in extremely problematic and stereotypical racist tropes." Disney quickly buckled to the outrage mob and quickly announced that the ride would be "completely reimagined" with a new story inspired by "The Princess and The Frog" movie.

Earlier this month, actress Gina Carano was canceled by an online campaign and fired from the extremely popular "The Mandalorian" because of her social media posts.

Coincidentally, this is the same Disney corporation that filmed the movie "Mulan" in the Xinjiang province of China, where approximately 1 million Uighur Muslims are reportedly being detained and re-educated by the Chinese Communist Party.

Disney went so far as to thank the Publicity Department of Communist Party of China Xinjiang Uyghur Autonomous Region Committee and the Turpan Municipality Public Security Bureau in the movie's credits. The Chinese entities have been "implicated in human rights violations and abuses in the implementation of China's campaign of repression, mass arbitrary detention, and high-technology surveillance against Uighurs, Kazakhs, and other members of Muslim minority groups in the XUAR."