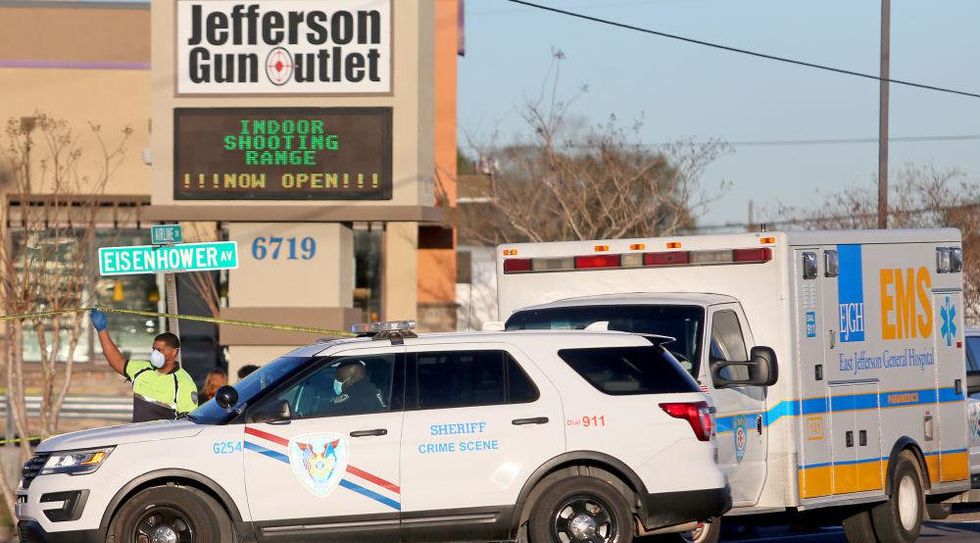 Armed citizens are being credited with saving lives after they engaged a gunman who opened fire on customers inside a Louisiana gun store on Saturday.

The Jefferson Parish Sheriff's Office said a gunman opened fire inside the Jefferson Gun Outlet — a combination gun store and indoor shooting range located in Metairie, Louisiana — before being engaged by armed bystanders outside the store.

The gunman shot four people, killing two and leaving two others injured. The gunman was killed by the armed citizens.

"Arriving deputies located several victims suffering from gunshot wounds," the JPSO said in a statement, Fox News reported. "Three individuals were pronounced dead on the scene, and two more were transported to a local hospital for treatment. The two transported victims are in stable condition."

"At this time, it appears a suspect shot two victims inside the location, then was engaged and shot outside the location by multiple other individuals," the statement continued. "The suspect is one of the deceased on scene."

The incident happened shortly before 3 p.m. on Saturday.

What did witnesses say?

Michael Mayer, an executive at the Jefferson Gun Outlet, told the New York Times the gunman opened fire after becoming enraged by a request to unload his firearm before entering the store.

"He became agitated by the request and pulled his gun out of his pants and started firing," Mayer told the Times. "Our armed and trained employees, as well as some armed permitted customers, returned fire and eliminated the threat."

Tyrone Russell told the newspaper that he was taking a concealed carry permit class at the gun store when the shots rang out.

"All of a sudden, all I hear is a whole lot of gunshots," Russell said, adding that "everybody started panicking" and "it was like a real shootout."

The Bureau of Alcohol, Tobacco, Firearms and Explosives said the agency's New Orleans office is assisting with the investigation.