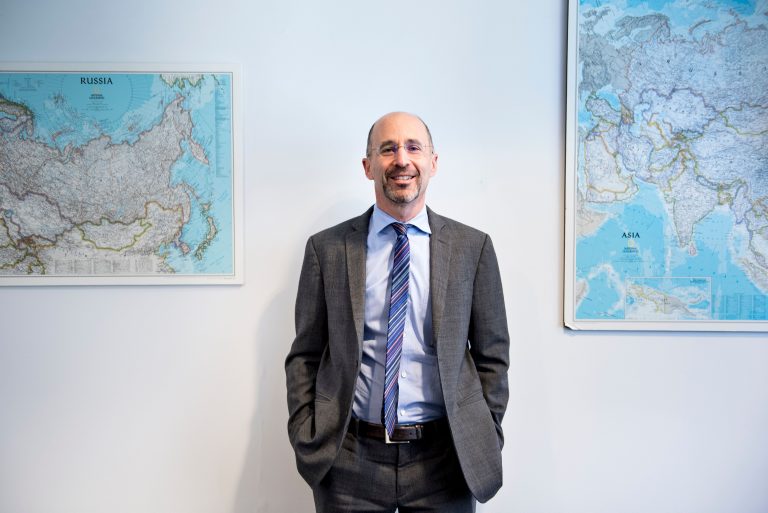 U.S-Iran Envoy Robert Malley has already held consultations with Chinese government leaders but has not spoken with senior Republican foreign policy leaders in Congress, including those with key positions on committees that deal with national security matters.

Republican lawmakers on the House Foreign Affairs Committee, Senate Foreign Relations Committee, and Senate Armed Services Committee all confirmed to the Washington Free Beacon that Malley has yet to contact them for conversations about the administration’s decision this week to pursue direct talks with Iran. The policy shift contradicts earlier statements from the State Department vowing to continue pressure on Iran until it rolls back its revamped nuclear work, including its enrichment of uranium, the primary fuel for a weapon.

"The Biden administration is repeating the Obama administration’s dangerously naïve mistakes when it comes to Iran," Sen. Marco Rubio (R., Fla.), a member of the Senate Foreign Relations Committee, told the Free Beacon. "This reckless approach will inevitably fail because the terror-sponsoring regime in Tehran cannot be trusted. One thing is clear though: Republicans will not accept a poorly conceived deal that plays into the hands of the Iranians. Any meaningful and enduring deal must be bipartisan and recognize Khamenei and the Iranian regime for what they truly are."

The State Department claimed multiple times this week when contacted by the Free Beacon that Malley "is in the early stages of engaging Members of Congress, allies, partners, and others." But the State Department would not tell the Free Beacon which members of Congress, if any, Malley has spoken with. Republican leaders see Malley's snub as an indication the Biden administration will not make good on its promises to consult with them on key foreign policy matters, most notably negotiations with Iran.

"While I have had very productive conversations with Secretary [of State Antony] Blinken and [White House National Security Adviser Jake] Sullivan and appreciate their outreach and willingness to work with us, I have yet to speak with Special Envoy Malley," Rep. Michael McCaul (R., Texas), the lead Republican on the House Foreign Affairs Committee, told the Free Beacon on Saturday. "With the Biden administration’s concerning decision to make one-sided concessions to the Iranian regime as it attempts to reenter the flawed Iran deal, I would welcome a conversation with Mr. Malley—and soon."

Senior congressional sources further confirmed to the Free Beacon that Republicans on the Senate Foreign Relations Committee, including GOP lead senator Jim Risch (R., Idaho), also have not been consulted by Malley and the State Department on issues related to Iran and the nuclear accord. Sen. Jim Inhofe (R., Okla.), the Senate Armed Services Committee’s ranking Republican, confirmed on Friday that Malley called Chinese leaders but has yet to consult Congress.

"Hearing reports that [President Joe Biden] might offer Iran substantial sanctions relief despite the surge of Iranian-backed terror in Africa, Iraq, and Lebanon," Inhofe said on Twitter. "But we have no information, because Iran envoy [Malley] has apparently briefed China but not Congress."

Republican foreign policy leaders in Congress are not pleased. They see the administration as rushing into new negotiations with Tehran at a time when it continues to sponsor terrorist attacks on U.S. forces in the region. The Iranian-backed Houthi rebels in Yemen, for instance, struck American and Saudi Arabian positions just days after the Biden administration removed the group from the U.S. terrorism list. Critics say the move is an early gift to Iran and meant to pave the way for renewed diplomacy on Tehran’s nuclear program.

The United States also informed the United Nations this week that it is withdrawing the Trump administration’s decision to reimpose all international sanctions on Iran, paving the way for a ban on Iranian arms sales to expire. This will permit countries like China and Russia to legally arm Iran.

"Secretary Blinken said over and over the Biden administration would consult with the Senate before making any significant moves on Iran," said one senior GOP Senate aide. "Now they've dropped sanctions on Iranian terrorists and lifted United Nations sanctions, but Malley is too busy working with China to come up to the Hill. At this rate he'll meet with [Iranian foreign minister] Zarif before he meets with Republican senators."