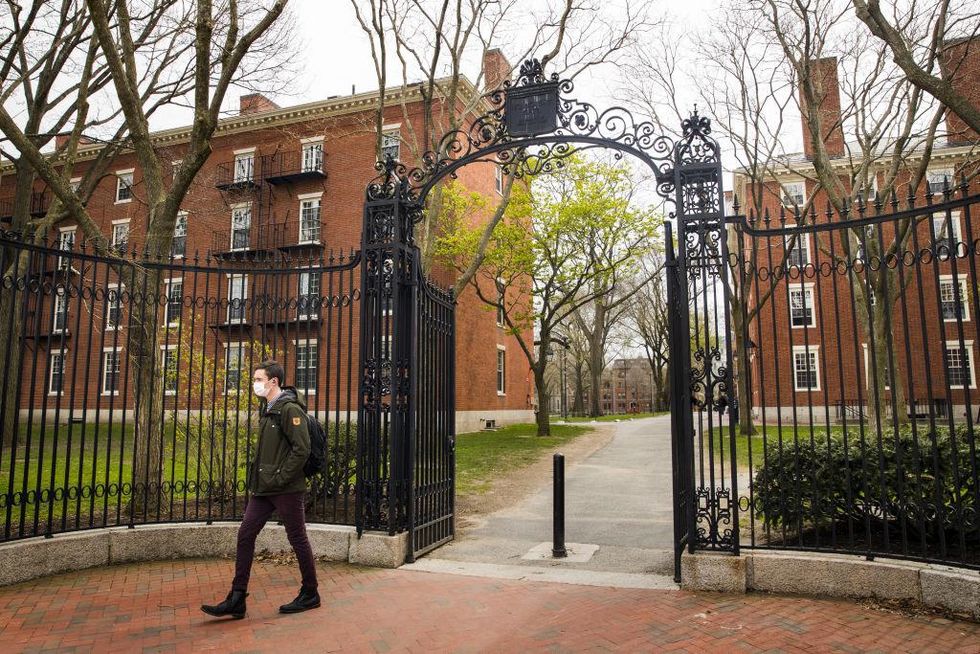 A group of Harvard Medical School researchers are suggesting that one solution for the coronavirus may not actually be based on science, but on social justice.

In a study published earlier this month on the benefits of reparations, researchers concluded that had a slavery reparations program been implemented pre-pandemic, it would have radically reduced coronavirus transmission among black Americans by as much as 31% to 68%.

Essentially, they analyzed the infection rate data against several social equity indicators such as income inequality and urban density, then juxtaposed it with the "relatively egalitarian" society of South Korea. Here's how researchers themselves describe it:

Methods: We compared the COVID-19 time-varying R t curves of relatively disparate polities in terms of social equity (South Korea vs. Louisiana). Next, we considered a range of reproductive ratios to back-calculate the transmission rates b i ®j for 4 cells of the simplified next-generation matrix (from which R 0 is calculated for structured models) for the outbreak in Louisiana. Lastly, we considered the potential structural effects monetary payments as reparations for Black American descendants of persons enslaved in the U.S. would have had on pre-intervention b i ®j and consequently R 0 .

Results: Once their respective epidemics begin to propagate, Louisiana displays R t values with an absolute difference of 1.3 to 2.5 compared to South Korea. It also takes Louisiana more than twice as long to bring R t below 1. Reasoning through the consequences of increased equity via matrix transmission models, we demonstrate how the benefits of a successful reparations program (reflected in the ratio b b ®b / b w ®w ) could reduce R 0 by 31 to 68%.

Translation: They plugged their calculations into a strangely non-contextualized formula and — voila! — they found their answer. Payments to black Americans of $250,000 per individual or $800,000 per household would have markedly reduced the infection rate.

The researchers explained that reparations, specifically, would have reduced transmission because the payouts would have resulted in black Americans being able to escape overcrowded housing situations, avoid participation in front-line work, and obtain things like masks and hand sanitizer.

If you expected that the researchers who conducted the study set out to find answers untainted by biased presuppositions, then sadly, you were wrong.

According to the Harvard Crimson, the study is part of a larger report by the Lancet Commission on Reparations and Redistributive Justice set to be released this summer. And the study's corresponding author, HMS professor Eugene T. Richardson, just so happens to chair the commission.

He lamented to the Crimson that "almost all of the COVID models you'll look at have to do with wearing masks, social distancing, closing down businesses — that kind of thing. Yet, there are these huge health disparities — notably between people of color and white people, especially in the U.S. — and you rarely see racial justice interventions being incorporated into these models."

Another one of the study's authors, HMS assistant professor Michelle E. Morse, added, "I think the fact that the U.S. has skirted its responsibility and avoided reach for reconciliation in a meaningful way for hundreds of years is why we keep seeing the same pattern of racial injustice play out over and over and over again in this country."

She concluded based on the research that reparations "could have been as effective as a vaccine."