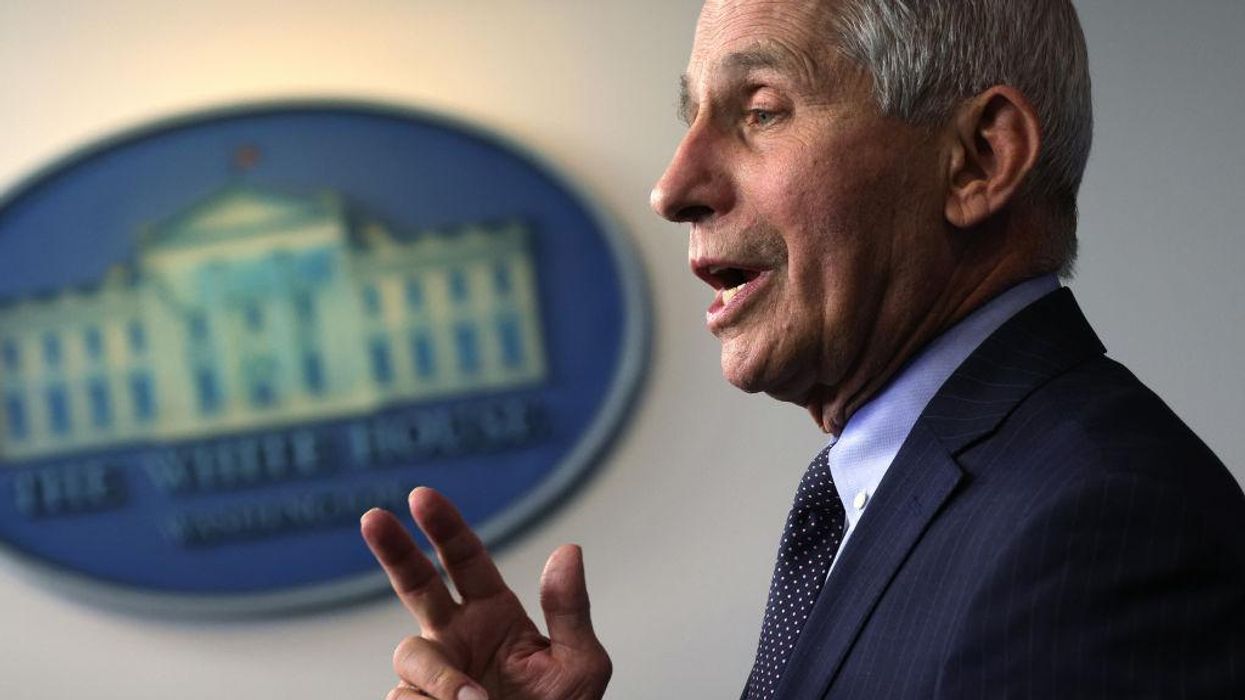 Of all Dr. Fauci's insidious flip-flops, this is likely the most revealing of all. Before infectious diseases became a political weapon to destroy civilization and individual liberty, Fauci opposed mandatory quarantines even for a rare and deadly virus that, unlike COVID, is very quarantinable.

In many ways, Ebola is the antithesis of coronavirus. Given that it's rare but deadly, it is the quintessential disease for which quarantine is both necessary and effective. The infection fatality rate is up to 50%, but it only transmits through bodily fluid, so during an initial outbreak, the case count will be measured in single digits, not in tens of thousands like a pandemic flu. The origin, scope, and duration of the quarantine are very limited but necessary. The exact opposite is true of coronavirus, which has a fatality rate of well under 1%, but is also bound to spread to the entire population until it reaches the herd immunity threshold.

Nonetheless, when America experienced an Ebola outbreak in 2014 from people traveling from West Africa, Fauci vehemently opposed state governors who were placing mandatory quarantines on the few and specific individuals who traveled directly from the source of the outbreak.

"We appreciate the fears of the American people, but you don't want to have policy that would have negative unintended consequences. … The scientific evidence is what needs to drive us," Fauci said on ABC News in October 2014. "If you put everyone in one basket, even people who are clearly no threat, then we have the problem of the disincentive of people that we need," he added, while also referring to his colleagues who went overseas to treat Ebola patients as "heroes" who are "protecting America."

He added: "And we know that people who are without symptoms are not a threat to transmitting it. You don't get Ebola unless you come into direct contact with body fluid. So there are things that we have got to be careful."

Ebola is the exact sort of virus for which our laws allow quarantine. These were specific people who came directly into contact with a very deadly virus that, all things equal, was not destined to spread to the U.S. unless people brought it in from overseas. Yet Fauci spoke of the dignity of the human being and the need not to quarantine the individual without any evidence of symptoms.

Now, this same man is essentially telling us that for the rest of our lifetimes, we can lock down and forcibly mask all Americans within America who never traveled outside the country and who present no symptoms – all for a virus that is like a pandemic flu and is unavoidable. Even with roughly 35% of the country already having been infected, he still continues to forcibly mask every human being indefinitely, regardless of whether they have symptoms, already had the virus, or had a vaccine.

I often find myself using Ebola as the paradigm of what quarantine laws were designed for. Governors erroneously believe that the police power to quarantine applies to locking down the healthy with the sick. That is simply not true. It was designed for a very limited number of people, like those who have Ebola, which can be easily quarantined. Fauci didn't believe that those without symptoms, even if they directly traveled from a source country and actually treated a patient, should be quarantined. How can he now believe that quarantine should apply to the entire nation indefinitely for a flu-like virus whose transmission is unavoidable?

As Justice Alito said in a speech at the Federalist Society last November, the 1905 Jacobson v. Massachusetts opinion, which upheld the police powers of a state to combat an epidemic, was rooted in "a local measure that targeted a problem of limited scope." That was essentially what occurred in 2014 when a handful of people traveling back from West Africa landed at a few airports and there were no more than 11 cases in the United States.

What is happening now is not quarantine but a blockade on our rights until the end of time. As Alito said of the Jacobson decision, "It did not involve sweeping restrictions imposed across the country for an extended period. And it does not mean that whenever there is an emergency, executive officials have unlimited, unreviewable discretion."

Fauci opposed the effort to even temporarily suspend flights and travel from West Africa, noting that isolating those countries would cause "unrest." Remember, there is no right for foreigners or even Americans to travel back and forth from a particular country. Yet, to this very day, Fauci believes Americans can be placed under curfew, masks, and every restriction under the sun within their own communities.

Fauci's opinion in 2014 served the medical and "scientific" elite, just like his view today. In that sense, he is somewhat consistent, at least in his stubborn adherence to the two-tiered justice system of the elites.

Consider the physical, economic, emotional, psychological, and behavioral harms of lockdowns and mask-wearing in California for almost a full year. The governor did this to avoid the spread of a virus that the Los Angeles Times now admits is finally slowing down in L.A. because 35% of the people have likely gotten the virus.

While 12% of Americans have received at least one dose of the COVID-19 vaccine, far more people — approximately 35%… https://t.co/btfMe7U50q

Yet Fauci is still acting as if this is a quarantinable virus!

.@DanaBashCNN: "What does normal mean? Do you think Americans will still be wearing masks for example in 2022?"

Even a broken clock is right twice a day. Fauci is never correct.