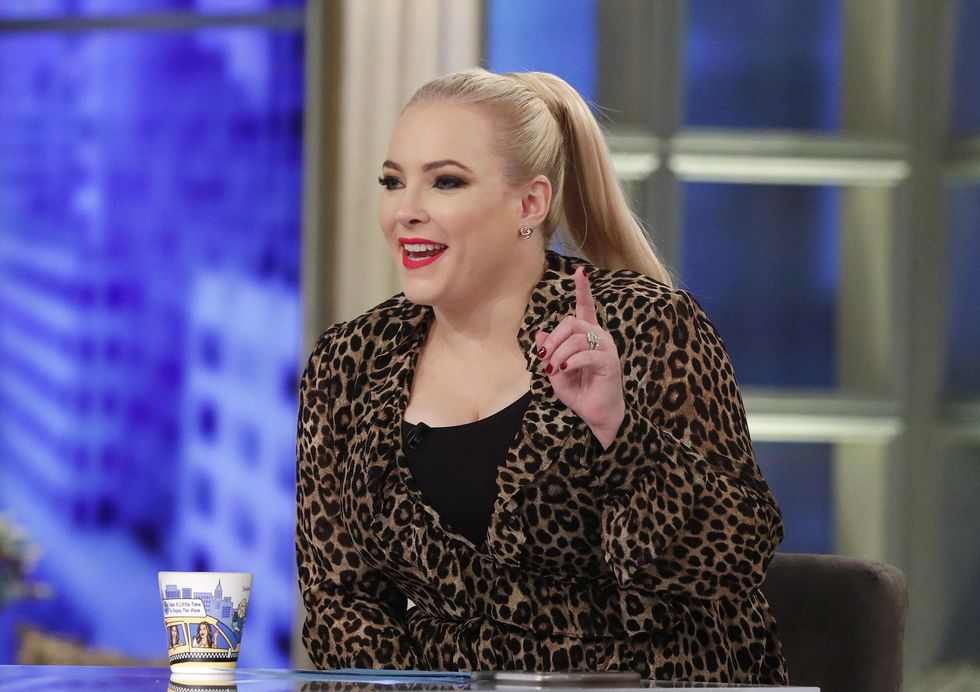 Meghan McCain said recent public comments made by Dr. Anthony Fauci were the last straw for her, and she believes the infectious disease expert who's been the face of fighting COVID-19 in the U.S. should be replaced by someone else who "understands science."

During a segment of "The View" on Monday, the co-host played a clip from over the weekend where CNN's Dana Bash asked Fauci for his guidance on whether fully vaccinated elderly Americans would be able to see their unvaccinated grandchildren and the doctor refused to provide a recommendation.

Fauci went on to explain that guidance would be forthcoming on the issue, but that he did not want to declare it on national television until after consulting with the coronavirus task force.

McCain said Fauci's non-answer left her frustrated because of his inconsistent messaging, saying that she and so many other Americans have been responsible and followed guidance during the pandemic but there has not been clear guidance for emerging from restrictions as more people become vaccinated.

The co-host pointed to how public messaging in Israel encourages citizens to get vaccinated in order to return to normalcy in their lives.

"Is the science in Israel different than the science here in the United States of America? Because Israel has over half of their country vaccinated already and seem to be doing pretty well," she asked.

"The idea that I can get vaccinated and I won't be able to see friends and nothing in life changes, and that we're going to have to wear masks forever — I don't understand the downplaying of getting the vaccine," she continued, adding that former President Donald Trump "can take much of the blame" for the rollout that she called "a disaster."

"But," McCain added, "now we're in the Biden administration and I, for one, would like something to look forward to and to hope for. Because if getting the vaccine means that just nothing changes and we have to wait another few years until everyone gets it — there's already people not getting it and we're already having a messaging problem getting people to take this vaccine."

She concluded: "So, I'm over Dr. Fauci. I think we need to have more people giving more opinions and honestly, quite frankly, I think the Biden administration should remove him and put someone else in place that maybe does understand science or can talk to other countries about how we can be more like these places that are doing it successfully."

According to the New York Post, McCain's opinion sparked a debate between herself and co-host Whoopi Goldberg, who pushed back by pointing out that Israel is much smaller than the U.S. and that questions remain over "how protected" vaccinated people are after being inoculated.

McCain also took plenty of heat online for her on-air comments, but she doubled down, tweeting, "Many of you can keep worshiping at the alter of Fauchi (sic). I'm not a phony - i will not go on tv and lie saying one thing privately and another on air. This is my opinion. We need someone else in charge of coronavirus messaging and leadership."

Many of you can keep worshiping at the alter of Fauchi. I’m not a phony - i will not go on tv and lie saying one th… https://t.co/tVl8XyCn12