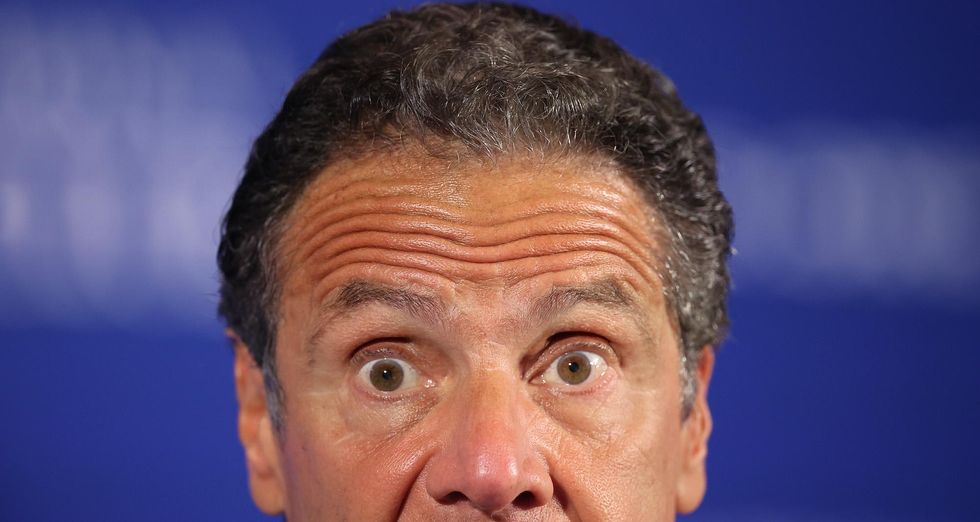 Republican lawmakers have proposed an impeachment commission to toss Cuomo from the governor's mansion after he purposefully underreported and hid the true number of COVID-related deaths in New York nursing homes that came as a result of his order to send coronavirus patients to long-term care facilities.

Democratic lawmakers have accused Cuomo of obstruction of justice over the nursing home reporting scandal, the New York Post said. And a significant number of legislative Democrats have joined their GOP counterparts in pushing legislation to curb Cuomo's emergency powers.

Now, the governor's political headache is getting worse.

The censure resolution, according to the Post, lays out several reasons for the rebuke, including:

The 11 party leaders had no kind words to offer the governor.

One of those leaders, state committee member Emilia Decaudin, said it was time to hold the governor accountable for his actions.

“Actions have consequences," Decaudin said, according to the Post. "I consider it my responsibility as a representative of the Democrats in my community to hold members of our party accountable, from City Council up to the Governor. The continued wrong doing of Governor Andrew M. Cuomo must be repudiated, or else we are no better than the Republicans who fail to hold their own leaders accountable, out of fear and self-preservation."

Another committee member, Patrick Nelson, also went after the governor's lack of integrity, saying, "Honesty, dignity, respect and the wellbeing of our state and country must always come before party allegiance. When a member of the Democratic Party does wrong, we seek to ensure that they are held accountable no matter how powerful they are, unlike in the Republican Party."

The censure language also attacked Cuomo's decision to write a book on leadership that praised himself on the handling of the pandemic — while hiding the nursing home data — the Post reported:

During this entire ordeal where the governor claims to not have had time and human resources to comply with requests for information, the governor did have time to write a book congratulating himself for New York's COVID-19 response, have a self-congratulatory poster created and circulated before the worst of the pandemic was over.

"There will always be those who will see an opportunity to try to enhance their own relevance," Jacobs said. "I don't care for this opportunistic action at the state committee."