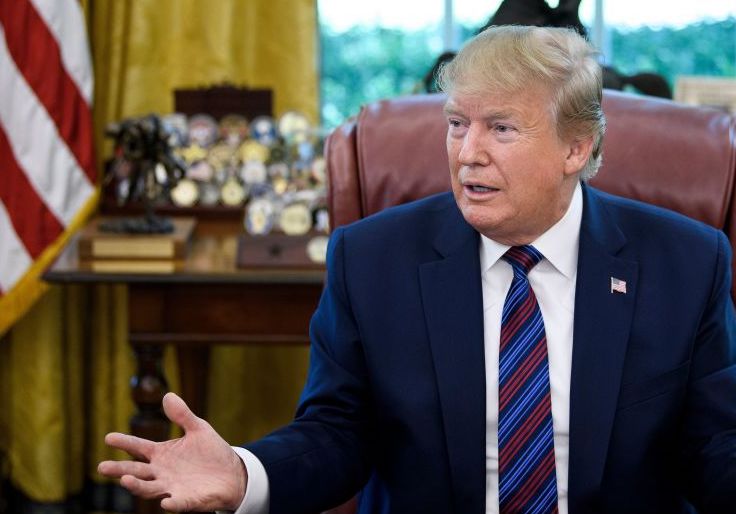 The order clears the way for Manhattan district attorney Cyrus Vance to enforce a subpoena for Trump Organization financial records and tax statements going back eight years. There was no noted dissent and an explanation was not given, as is typical of such orders.

The exact contours of Vance’s probe are unclear, though he’s acknowledged in legal filings that it covers alleged hush money payments made to supposed Trump paramours via the former president’s onetime confidant Michael Cohen. Vance is not likely to seek reelection, and he recently hired an ex-federal prosecutor and accomplished white-collar defense lawyer as a special counsel, prompting speculation that the DA is readying an all-or-nothing thrust at the former president.

Monday’s decision is an unqualified victory for Vance, but it won’t give other Trump critics long-sought access to his tax records. The records Vance will obtain will be governed by grand jury secrecy rules, so they won’t be made public for the foreseeable future.

Trump sought to quash Vance’s subpoena, arguing that a sitting president has "absolute immunity" from state court proceedings while in office. The Supreme Court rejected that argument in a July 2020 decision. But it did allow a second round of litigation, in which Trump could argue the subpoena was over-broad and issued in bad faith.

Back in lower courts, Trump’s legal team accused Vance of exploiting the Cohen investigation to gain a comprehensive view of Trump’s personal and professional finances. The subpoena seeks records from Trump’s accounting firm, Mazars USA LLP, and 10 other entities or joint ventures involving Trump, some of which are based in different countries including Indonesia and Turkey. They also argued the subpoena’s wide scope showed malice on Vance’s part.

"It is neither unusual nor unlawful for grand juries to paint with a broad brush, especially in a complex financial investigation," the Second Circuit’s decision reads.

Returning to the Supreme Court in a last-ditch bid to put the Manhattan D.A. off, Trump’s lawyers argued the lower courts "stacked the deck" against him, emphasizing the speed with which the case moved after the first Supreme Court appeal. They repeatedly noted that Marrero handed down a 103-page opinion rejecting his second-round arguments just 24 days after they were submitted, an unusually quick turn-around for a federal court. That opinion rejected Trump’s arguments in breezy fashion, Trump’s lawyers argued, but Marrero said they were simply repackaged versions of the original "absolute immunity" position.

Vance agreed that there was nothing new in Trump’s second-round arguments, making rapid dispatch appropriate.

"[Trump] has had multiple opportunities for review of his constitutional and state law claims, and at this juncture he provides no grounds for further delay," Vance told the justices in legal filings. "His request for extraordinary relief should be denied, and the grand jury permitted to do its work."

Trump’s bid to pause the Vance subpoena reached the High Court in October 2020, but the justices waited until Trump became a private citizen to reject his application.