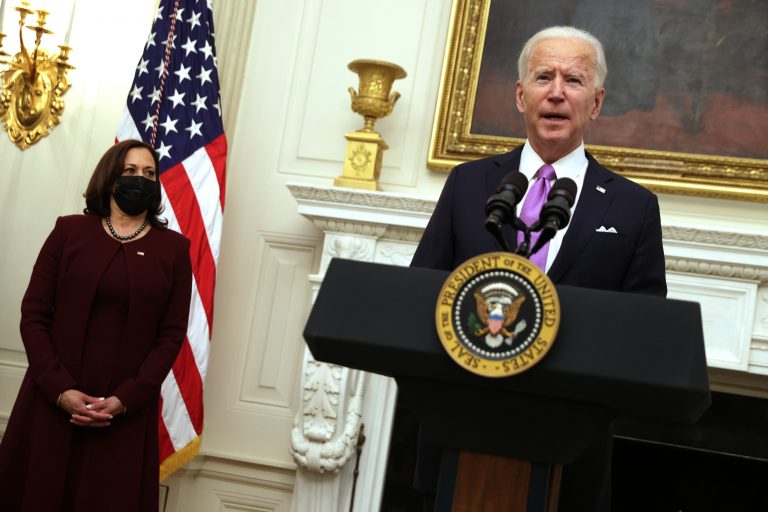 "CJAF has joined with our partners on the ground to demand that the Biden-Harris White House invest in saving lives," Jackson said.

Biden pledged to institute a historically aggressive gun-control agenda, which included banning popular guns such as the AR-15, creating a registration requirement for them, and adding tens-of-billions in new gun taxes, but has not taken any substantial action after a month in office. Despite issuing a historic number of executive orders during his first days in office, Biden has yet to issue one dealing with gun control.

"It’s time to get to work, and young people demand a seat at the table—it is time for a national plan to stop the violence," March For Our Lives executive director Alexis Confer said in a statement.

Biden released a statement on the anniversary of the school shooting in Parkland, Fla., which called on Congress to pass a number of gun-control measures he supports. But prospects for gun-control legislation are slim in the closely divided House and Senate and the statement did not mention any plans for Biden to act without Congress. Members of Biden's administration have also met with gun-control activists in recent weeks, but those meetings have caused a backlash from minority activists who were initially excluded.

Some gun-control activists have defended the administration. John Feinblatt, president of the Michael Bloomberg-backed Everytown for Gun Safety, told Politico Biden's is "the strongest gun safety administration in history" and his group has "full confidence they're going to govern like it."

March For Our Lives, which organized the largest gun-control demonstration in history and has pushed for confiscating upwards of 117 million civilian-owned guns, is unhappy with waiting for action.

The group wants Biden to create a new position called the Director of Gun Violence Prevention who will have the same level of power as members of the president's cabinet such as the Secretary of Defense or Secretary of State. Then the group wants Biden to issue executive actions, including one to outlaw selling more than five guns per year without a federal license and one opening up new IRS and FEC investigations into the NRA. The group also wants Biden to declare gun violence a "national public health emergency" and use the Stafford Act to reallocate at least $1 billion towards community gun violence intervention programs and gun "data collection with a public health lens."

"We want to fight back and change the systems that have kept young people, Black people, and other people of color out of the conversation," Bria Smith, a March For Our Lives board member, said in a statement. "Our stories are not just for consumption. We want to see action from this administration, including meaningful connections with BIPOC communities to honor the grief of gun violence victims."

The group said it wants the Biden administration to implement all of the proposals it sent them before Biden's first 100 days in office are up in late April.