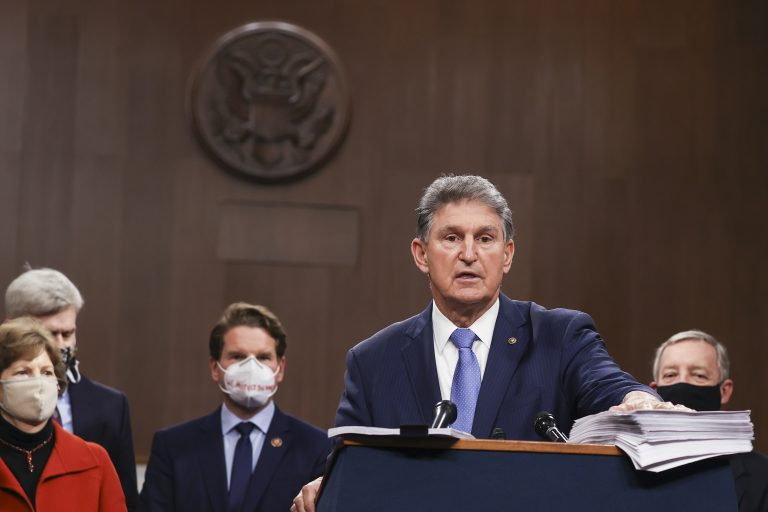 California attorney general Xavier Becerra's Tuesday confirmation hearing could be one of the most divisive in the opening days of the Biden administration. Senate Republicans have indicated strong opposition to Becerra's nomination to lead the Department of Health and Human Services, criticizing his track record on religious freedom and enforcing coronavirus lockdowns. Activists are now wooing Manchin to help block the confirmation.

The West Virginia Democrat has emerged as a key swing vote in the divided upper chamber, particularly after he announced on Friday that he will oppose Neera Tanden, Biden's pick to lead the budget office. Manchin, who did not respond to requests for comment, told National Review that he "has not yet decided" whether to support Becerra. If Manchin defects to oppose his nomination and Senate Republicans vote in lockstep, Becerra will fall short of the 50 votes necessary for confirmation.

Religious and conservative groups have launched a lobbying campaign to win over Manchin, who has voted to defund Planned Parenthood in the past and campaigned as a pro-life Democrat in conservative West Virginia. A coalition of 60 groups authored a letter to Senate leaders criticizing Becerra's track record on abortion, as well as his prosecution of pro-life activists who produced undercover videos about organ harvesting in the abortion industry. The coalition also ripped Becerra for using the coronavirus pandemic as an opportunity to expand remote access to abortion medication. Becerra led a group of state attorneys general in calling on the FDA to loosen its regulations on abortion medication in March of 2020.

"Mr. Becerra is an enemy to every pro-life policy and law and has demonstrated complete disregard for the religious and moral convictions of those opposed to the brutal act of abortion," the coalition's letter says. "His radical record in public office as California’s Attorney General and member of Congress leads our organizations to ask you to reject Mr. Becerra’s nomination."

The letter arrived on Capitol Hill as other activists unveiled an advertising blitz aimed at blocking Becerra. Heritage Action for America announced a $600,000 push through digital advertisements and television advertisements focused in the Washington, D.C., area. The campaign criticized Becerra for not having a background in medicine and for pushing for left-wing causes such as loosening restrictions on immigration. "He's a radical partisan, an activist, not a doctor. In the middle of a pandemic, the wrong appointee, the wrong time," the advertisement says.

Noah Weinrich, press secretary of Heritage Action for America, said that Becerra and Neera Tanden are the two nominees most likely to be shot down by Senate Republicans.

"Personnel is policy. Somebody's nomination matters as much as a bill," Weinrich said. "Biden's personnel shows what his policy agenda is. He claims unity, but he's nominated people like Xavier Becerra, who is clearly divisive."

Senate Republicans have indicated that Becerra could face an uphill battle to join the cabinet. Several have already publicly criticized Becerra's tenure as California attorney general, where he succeeded then-attorney general Kamala Harris. Republican senators Marco Rubio (Fla.) and Mike Braun (Ind.) both said that they plan on holding Becerra accountable for his role in enforcing coronavirus restrictions the Supreme Court found unconstitutional.

The Biden White House did not respond to a request for comment. Becerra will appear before the Senate Committee on Health, Education, Labor and Pensions on Tuesday.